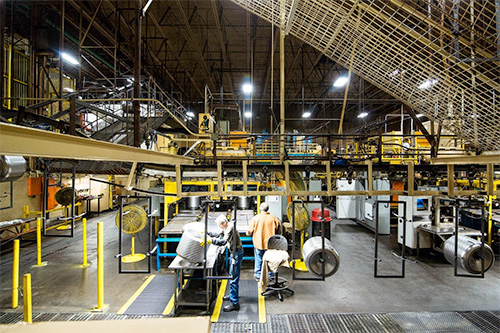 We’ve all heard stories of the American dream. Plucky young entrepreneur, strapped for cash, creates a business in his garage with help from his family, and succeeds against all odds.

This is Whirlpool Corporation’s story. Founded in 1911 by an insurance salesman and his uncle in Benton Harbor, Michigan, we started out selling wringer washers. Now, we’re the biggest home appliance manufacturer in the world. An initial $5,000 investment has grown into $21 billion in annual revenue. We have 97,000 employees worldwide and we’re expanding in Latin America, Europe and Asia. You could say we’ve made it.

But that’s not enough.

I’ve watched tech startups like Airbnb and Uber upend their industries and wipe out their competitors. To an established company, that’s terrifying. If we want to be around in 10, 20 or 50 years, we need to think and act like a nimble startup. We should be inventing new products no one’s ever imagined. Our employees should be working together closely, not in siloed cubicles. We need to innovate. It’s crucial to our survival.

10 years ago, we had a wakeup call. We realized our office tools and work environment were dated, not tech-forward or cutting edge. If we didn’t change, we would eventually fail. So, we began adopting ideas that are second-nature to startups, like collaboration and innovation. And we started to integrate those ideas and change our culture. Here’s what we learned along the way:

1. Sitting at a desk between 9 and 5 doesn’t equal productivity

In 2006, we adopted a work-from-anywhere policy. Our employees now have the ability to get stuff done and be efficient, whether they’re traveling, working from home or snowed in. This may seem obvious to a startup in Silicon Valley, but for a large corporation in middle America, it’s a bold move.

We’ve expanded the policy to include flexible hours and allow some employees to work remotely full-time. When my car broke down and I had to bring it in for repairs, I used my smartphone to join a team meeting over Google Hangouts in the dealership waiting room. Today, our teams work better and faster because of this flexibility.

Our flexible working policy wouldn’t be successful without the right tools. Since switching to Google Apps in 2012, we’ve seen a rise in productivity. Using Google Apps and redesigning our offices has resulted in 30 percent fewer scheduled meetings. That translates to 1.5 more work days each week. What would you do with the extra time?

Whirlpool’s nearly 97,000 employees are spread across North America, Latin America, Europe and Asia. In order to succeed, teams need to be able to communicate easily and often. We decided to install Chromebox for Meetings to make this happen, so our local manufacturing teams could work directly with their counterparts in our U.S. manufacturing plants, or our global product development teams could work closely with their colleagues no matter where they were physically located.

The ability to actually see the people you work with every day makes a huge difference. Because of Google Hangouts and Chromebox, we feel much closer as a company. 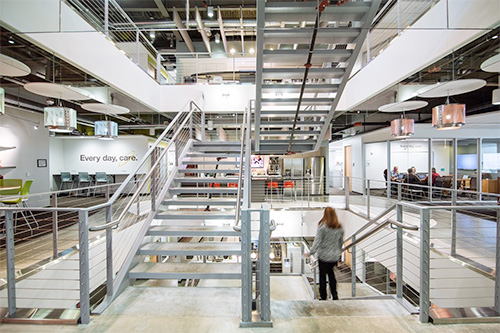 A few years ago, we conducted an internal study on teamwork. We were surprised to learn that much of the work at Whirlpool happens in small groups of three or four. However, our offices were structured for solo work in cubicles or large meetings in conference rooms. We decided to change that.

So far, we’ve built Riverview, our North America Headquarters, and redesigned our Global Headquarters and Global Refrigeration Technology Centers, all in Benton Harbor, Michigan, as well as numerous regional offices. These work spaces feature small and large conference rooms, huddle rooms, outdoor seating and open areas with sofas, coffee tables and high top tables, which make it easier for teams to work together and innovate.

My guiding philosophy at Whirlpool is to embrace the future. It wasn’t easy for this hundred-year-old company to radically change course and modernize our work environment. There was red tape. It was a hefty investment. People were hesitant.

But already, it’s paid off. Last year, we launched IoT-enabled washers and dryers. Thanks to a new workplace culture that prizes innovation and experimentation, Whirlpool is better equipped to succeed in its next hundred years.

If you’re interested in learning more about Whirlpool’s winning workplace culture and how we use Google Apps to boost productivity and encourage teamwork, check out this video.