Congratulations are in order for Chuck and Shelly Ehret, who retired from Whirlpool Corporation’s Marion, Ohio plant with nearly 90 years of service between them. Chuck began his career the day after his high school graduation in 1973, and Shelly began in August of 1977. As you might expect, Chuck’s best memory is meeting Shelly 41 years ago. The couple will celebrate their 40-year wedding anniversary in a few weeks.

The two grew up in the Whirlpool family with both of their fathers working at the Marion plant. “My father, David Ehret retired from here,” said Chuck. “All of my siblings have worked here; my sister Mary Ehret recently retired; and my brother Paul still works here. Whirlpool is a family organization for us.”

Fred Jones, Shelly’s father, was also a retiree. Because of these deep family connections, the couple has many Whirlpool memories that started when they were children. Their formative years include Whirlpool activities such as the Columbus Zoo family picnic, Girl Scouts touring the plant, huge Christmas parties, Cedar Point, Sea World and Kings Island trips, and awards from the Whirlpool Scholarship Program.

Chuck has worked all over the plant, beginning in an area that washed small parts. He’s also worked in the Weld area, Air Conditioner line, Raw Parts hang, Paint department, Built-In Range line, and the Microwave line. He’s spent over 40 years in the Paint Department, and did every job on the floor. Currently, he works in the Strip House, where the ovens remove paint and wash them. Shelly’s jobs over the years have also been from all over the plant, having worked in every department except maintenance, spending 25 of her years working in Quality.

Chuck and Shelly look forward to having more time to spend with their grandkids. They’re still “football parents,” with their adult son coaching at a college in Indiana. Chuck will stay busy with family and serving as township trustee. Shelly will continue to serve on both the North Union and Tri-Rivers school boards. 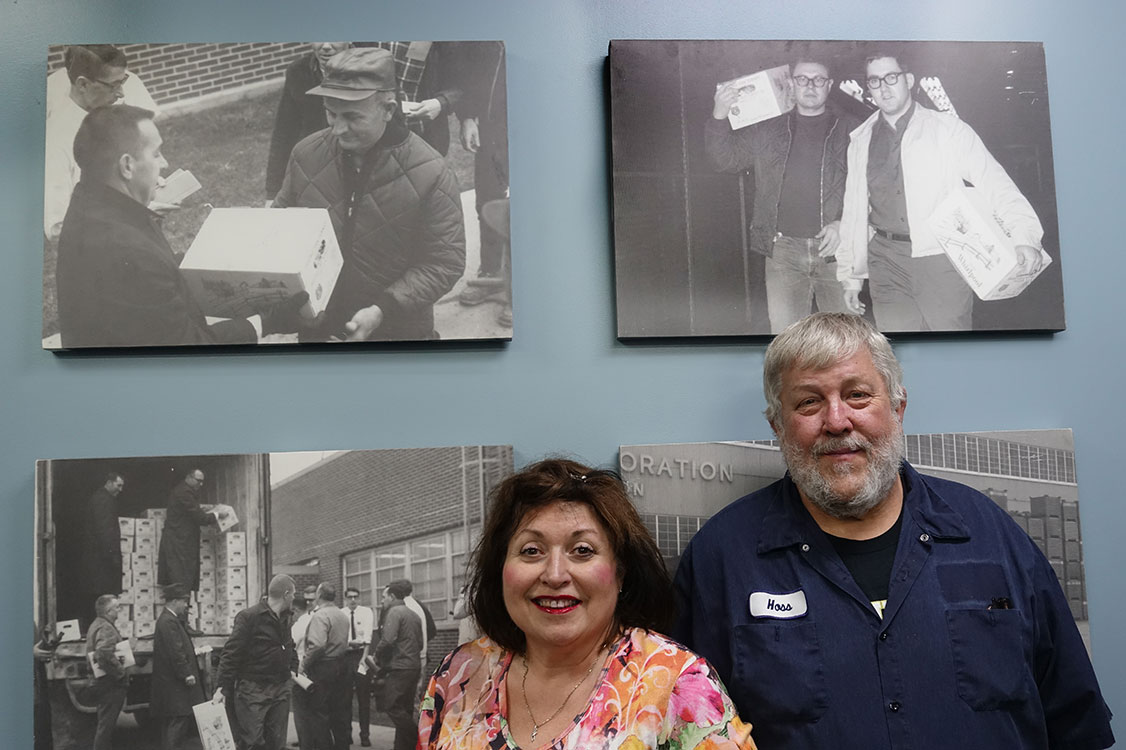