Amanda Fitzner – Her One Step Story 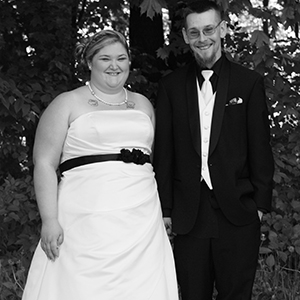 One day I heard my children, who were 2 at the time, over the monitor, talking to each other, and the words “my cigarette” came out of their mouths.  That was it! I was done!

I would wake up every day, and the first thing I would do, is light a cigarette. I would drink a cup of coffee, and then have another cigarette. At my worst, I was was smoking a pack a day, for a LONG time.

I had wanted to “try to quit”, but was never successful, I could cut down, but eventually I would always end up right back where I was. I had one time where I had quit for almost 2 months, because I had spent time in hospital, but first chance or excuse I could find I started again. Until one day I heard my children, who were 2 at the time, over the monitor, talking to each other, and the words “my cigarette” came out of their mouths. That was it! I was done!

Living with 3 other smokers, it was hard, but I had finally found the motivation and the determination to quit. You have to really really want to quit, or you will just start again. I had a few “triggers” that I did not give into in the very beginning and now it’s a walk in the park. I still think about how easy it would be to just start again, because that was always my go to when stressed or angered, but I look at my kids and that ends that thought process.

My boss, being an ex smoker herself was encouraging me to push through and continue to do what I’m doing. So, I do thank Monica Berry for the encouragement.  My family of course were supportive as well as my friends. The nicotine credit from Whirlpool for the biometric screening definitely added a little incentive in addition to the health benefits.

I am very glad that I have quit smoking, I know that I needed to do it not only for my kids, but for myself. I still have a long road ahead of me, but I will continue to fight this battle and be nicotine free!  I have been nicotine free for 495 days 16 hours and 48 minutes as of time of writing this. (10/18/2014 1:00AM) Next on my health to-do list is to take care of my eating habits and get into a healthier lifestyle as far as diet and exercise.

You have to be really ready, and do not give up or give into temptation. It will be hard, but worth it!