Brega: For the sixth time in a row, a Valuable Executive (Executivo de Valor) 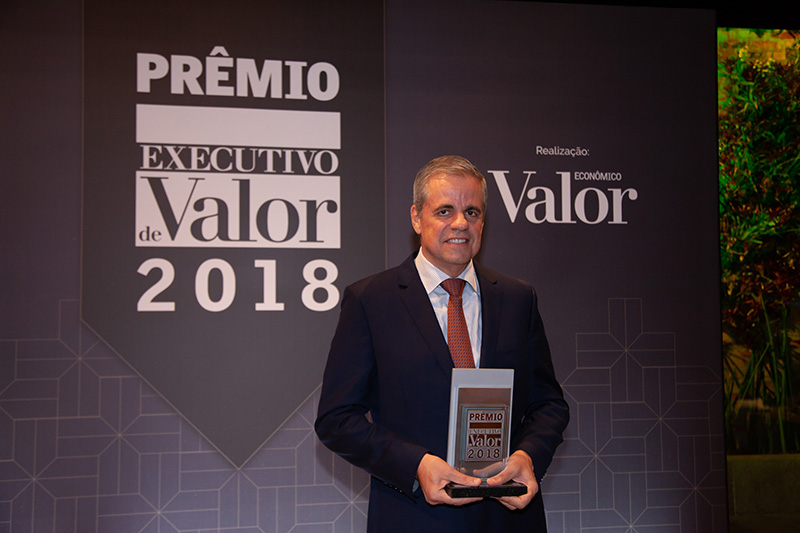 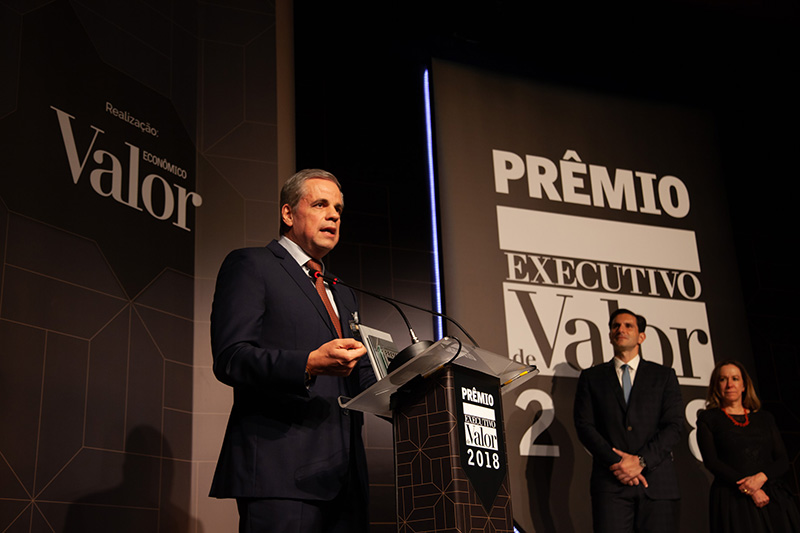 For the sixth time in a row, João Carlos Brega, President and Executive VP of Whirlpool Latin America, was elected as a Valuable Executive in the category Electrical & Electronic Industry, during the 18th edition of the award, granted by Valor Econômico, last night, the 28th.

The selection is made by a jury compound by 18 companies of executives’ selection, part of the Association of Executive Search and Leadership Consultants (AESC), and vote from the Brazilian Institute of Corporative Governance –BGC – which assessed more than 470 nominations, from 350 companies.

The recognition shows Whirlpool credibility in the market, highlighting Brega’s leadership, always ahead of the main discussions for the development of the region. “We are not afraid of making mistakes, seeking and testing new ideas, even if among them only one is feasible”, asserts Brega.

Read the full story below.

The following pages bring the profiles of the business leaders awarded by Executivo de Valor yearbook. Elaborated from personal interviews, they reveal not only important aspects of their management style, but also personal references of their taste in music, books, food and even soccer. The answers compounding the facts sheets beside the text show how the leaders keep themselves connected, which tools they use most and what is their secret for keeping focused, even under long work journeys and frequent work trips. The list of winners has been widened from this edition. Besides contemplating 23 sectors of economy, two new categories were created: board of directors, won by Luiza Trajano, from the retailer Magazine Luiza, and successful startup, won by David Vélez, president at Nubank.

The winner is the one that, chosen by five jury members, gets the highest score in the total sum, from a triple list. In the event of a tie, the one nominated more times as first option wins. In case the tie remains, a new voting happens.

João Carlos Brega finds in the 1982 movie “Sofie’s Choice”, directed by Alan J. Pakula, the analogy he thinks is the right one to show the struggles the economic and political crisis brought to the business leaders in the country. In the plot, Meryl Streep is a mother forced to choose which son will be killed by the Nazis. “It is always harder to make a decision when it is about the personnel”, says the CEO at Whirlpool Latin America, owner of brands such as Brastemp, Consul, and KitchenAid.

In late 2014, according to him, the signs of what was about to come were already visible. “For this reason, I went in person to each Whirlpool unit and outlined the crossing perspectives and the bitter medicines to assure the lower impact as possible to our company and to our collaborators, from the plant floor up to the ones in charge of the operations”, he asserts.

After three years, the company’s earnings in Brazil have not grown much, kept in the same threshold of 2008, around BRL 9.5 billion. However, it was possible to keep the investments in products innovation and development – 4% of the earnings – as well as 18 thousand Brazilian employees.

In 2017, almost 70% of the products offered by Whirlpool companies in Brazil have been launched three years before. “The most important, in this challenging phase, was that when I presented the cost-cutting plans to my bosses, with some dampeners for people, I have not received even one request for saving more. A praiseworthy support for the operation’s direction”, says Brega.

He has just defined the closing of Embraco’s plant in Italy. Embraco’s global business, which headquarters is in Joinville, state of Santa Catarina, and under his competence, was sold to the Japanese group Nidec last April, when the head office decided to globally leave the compressors business.

Brega highlights that the head of a business has many “Sophie’s choices”. After 23 years at Whirlpool, he says that the executive who wants to be CEO of a company shall decide what he/she really likes to do, count on the support and understanding of his/her family, place the business agenda before his/her personal agenda and know to work as a team.

In Brazil, the 2018 projections do not comprise a sensitive improvement in performance, but the World Cup shall propel the sale of seasonal products, such as the glass door beer fridge, a new compact minibar, for example. “Now, the improvement up to two digits in the market growth is a forecast for 2019, after the new government, and specially the new Legislative Authorities, take office and bring new guidelines”, asserts Brega.

Three issues are always under the radar of the electrical & electronic leader of the country. The first one is to be careful in each planning and in the new actions for the consumer of your brands. The second one is assuring the value creation to the shareholder, and the third one is the extreme attention to disruptive technologies for any area of the business. “We are not afraid of making mistakes, seeking and testing new ideas, even if among them only one is feasible”.

João Carlos Brega: 55 years old, Whirlpool Latin America’s CEO and Executive VP
Educational background: Business Administration at Fundação Getulio Vargas
Companies you worked to: Sharp. Embraco and he was Whirlpool’s CEO in Mexico and Canada. Member of the board of directors from the Association to Assist Children with Deficiencies – AACD
Where do you get information from: Valor and “The Wall Street Journal’
What do you do to keep focus: Plans before acting
If you could, which other career would you choose: Airplane pilot
What did you do in your last vacation: Family trip
App you can’t live without: “All” the ones helping me to inform or be informed in real time
Favorite team: Santos
Favorite dish: Pizza from Fração da Pizza restaurant and “came” from Varanda restaurant
A book: ‘Homo Deus”, from Yuval Noah Harari
A music: Brazilian Popular Music – MPB – in general
A series: “Agent 86 – Maxwell Smart”
Main career tip you give to your children: Ethics and liability

Brega: The leader shall put the business agenda before his/her personal agenda.