From 1955 to 2020, the Dutton Family has been a Part of Whirlpool Corporation’s Marion Operations 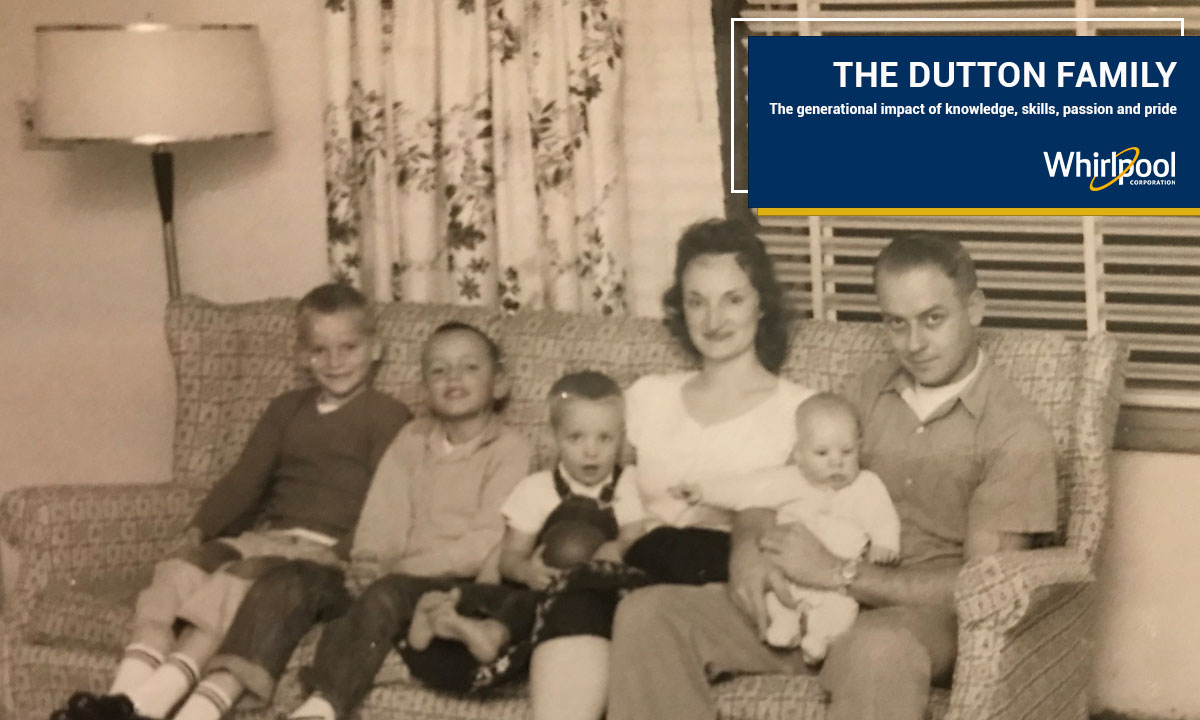 Clair “Whitey” Dutton began the Dutton family legacy at Whirlpool Corporation when he hired in on day one of the Marion, Ohio operation’s initial opening. He was the lucky 13th person hired, with a clock number of 10013. Dutton went on to serve as a Tool & Die maker at the plant for the next 35 years. 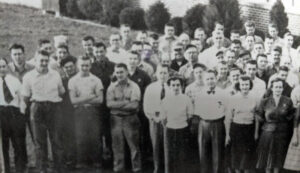 His history actually began earlier at the same building, having worked at a company called Motor Products, before Whirlpool purchased the building and shifted the operation to appliance manufacturing. He and his brother-in-law, Bob Boblenz, began their Whirlpool careers at the same time.

“I’m thankful for my time of steady employment at the Marion Division,” said Jim. “When I interviewed, I was asked how long would I like to work for Whirlpool? I said, ‘As long as they would have me.’ I lasted 45 years. Whirlpool has been good for our family, and I’m thankful and grateful to Whirlpool for giving me a chance to make a decent living with just a high school education.” 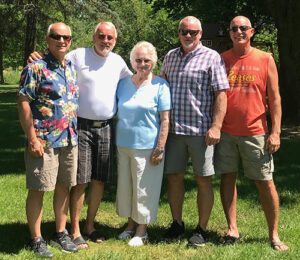 Margaret Dutton with her 4 “boys”

Chuck works in the maintenance department. “I wanted to work at Marion Operations because of the family ties,” he said. “Whirlpool gave me a chance to provide for my family and made it possible to put my kids through college. Whirlpool has been a great place to work for 45 years, providing me and my family with steady employment. I have also met and made a lot of good friends over the years.”

Whitey’s son Fred is a Senior Engineer in the Central Manufacturing Engineering (CME) group. Fred had previously worked as a Tool & Die maker, just like his father. Whitey’s father-in-law also worked at the plant for a time. “Whirlpool has provided me with over 40 years of employment, and allowed me to achieve goals that otherwise would have been more difficult,” he said. “Working in assembly, gaining advancement through the tooling apprenticeship program, moving into a leadership role as Tool Room superintendent, and ultimately working with the CME group has allowed me to provide for my wife and six children. Two of my children have been recipients of Whirlpool scholarship grants, which have helped them in furthering their education. None of this would have been possible without the legacy of my father and his tremendous work ethic. I’m thankful for Dad and Whirlpool’s commitment to our family over the past 65 years.” 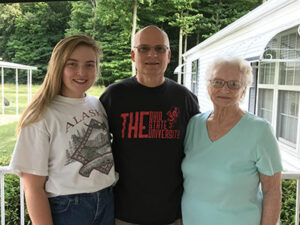 Margaret Dutton with her son Fred, a Marion employee, and his daughter Bridget, recent Whirlpool Son’s and Daughter’s Scholarship Winner

Combined, the Dutton family has 207 years of service at the plant.

“Behind a story like this are many more which showcase the commitment of our employees throughout the generations,” said Plant Lead George Bowman. “What an example the Dutton family and so many others are to the years of commitment our employees have within Whirlpool Marion Operations. The generational impact of knowledge, skills, passion and pride simply cannot be measured.”