Would you still love your job after 40+ years? Mike Duensing clearly does. He’s about to celebrate 49 years at Whirlpool Corporation this September and says he has no plans to retire. 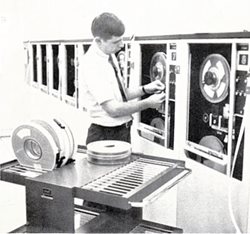 Duensing began working in fulfillment for Whirlpool Corporation 48 years ago, shipping literature to various trade customers from the literature warehouse, which is now the CPD building. He then moved on to the St. Joe shift division, located where the Inn at Harbor Shores is today. The division manufactured washing machines and Duensing worked on material handling, supervising truck lift operators who loaded trailers headed to the Clyde, Marion and Findlay plants.

When the division was shifted to Clyde, OH Duensing worked as a liaison shipping equipment to other divisions. In 1988, he ended up at the call center.

“On the phones, we were all in charge of a specific product. That way there was an ‘in-house expert’ for each product,” Duensing shared. “Because I had seen washing machines built from the ground up, I figured they’d give me washers for sure. Instead…they gave me ice makers.” 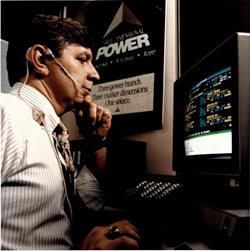 He realized he wanted to move into training, began lobbying for a role on the team and started training in 2000. “I’ve been training for 15 years now. New hire training, refresher training, systems training, sales training, certified installation training. I’ve had many roles, but this is by far the most fun I’ve ever had,” Duensing said.

“Everyone learns differently and I have to train the entire class,” he continued. “Sometimes I have to slow things down for those that learn as a slower pace, but I can’t go too slow because I’ll lose the one’s who like to learn in a faster pace. It keeps me on my toes.”

Laurie Walter, Senior Manager Customer Relations NAR CxC shared “I remember Mike helping me as a new hire more than 24 years ago. He has such a smooth and calm approach, which helped me have the same demeanor with our consumers on the phone. His “No Problem” sign hanging on his office wall sums up Mike.”

People ask him when he’s going to retire and Duensing says he likes what he’s doing so he plans to keep doing it! “I really wanted to get into training. When I finally did, I discovered it’s the most fun job in the world. I get to watch new recruits grow into skilled phone consultants. It’s just great. I’m healthy. I’m happy. Why would I stop working?” 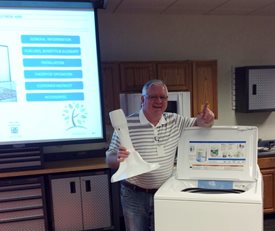 When asked him to share a few surprising stories that might make our legal team squirm just a little, Duensing says more people steam fish in their dishwashers than you’d think. One woman even used her washing machine to soak cucumbers before pickling them. Unfortunately a cuke was left behind and ended up clogging the washer’s pump.

“Well…it really is always interesting to talk to customers,” Duensing chuckles. “But in all seriousness customer service is so important. It’s absolutely critical. It takes a long time to gain a customer, but boy it takes just one second to lose one.”

He believes the biggest misconception about the call center team is “all you people do is take calls and that it’s easy. People don’t realize how involved the customer support calls can be and how important excellent customer service is to the business. Sometimes I don’t think the folks on the phones get the credit they deserve. Building rapport with customers, employing negotiation skills, turning a negative situation into a positive one — that’s not easy at all!”.

Duensing has three grown daughters and seven grandchildren and says his weekends are filled watching the grandkids participate in soccer matches, basketball, softball and baseball. He and his wife have been married for 46 years and she works in the Lincoln Township offices. “We keep busy,” Duensing says. “Very busy. There’s never a dull moment.”

Was there was any doubt?