Focused on all things Whirlpool 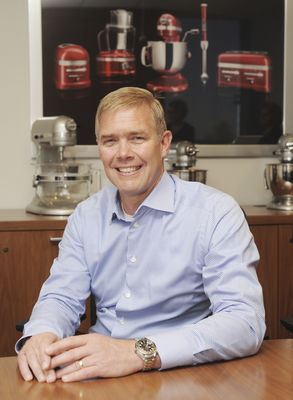 Jim Peters can think back to the first of several times he was asked to join Whirlpool Corp.

Whirlpool found Peters in 2004, when he became director of Corporate Accounting and Finance. The funny thing was, he said no to his recruiter three times before signing on.

“I just wasn’t looking at the time, but she was persistent,” Peters said.

Eventually, he got a call from Larry Venturelli – whom Peters would some day go on to replace as Whirlpool’s CFO. Venturelli convinced Peters to come for a visit and meet several people.

Thirteen years later, Peters said he has absolutely no regrets.