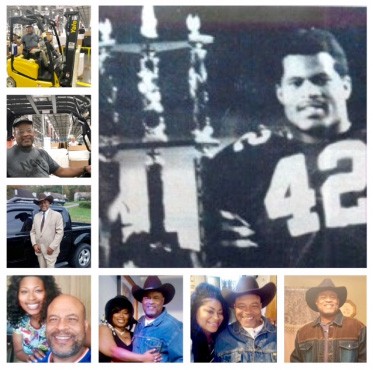 Whirlpool Cleveland employee Melvin Thompson has achieved many successes and he will soon add another accolade to his long list of accomplishments.

In May Melvin will reach his 34 year milestone as a beloved Whirlpool employee, but this loyal, happy and hardworking fixture at the Cleveland facility also holds the proud title of father, grandfather and friend to so many in and around the community.

On April 14th Melvin “The Moose” Thompson and his sister Angie “Miss Superstar” will be inducted into Cleveland Parks and Recreation Department’s ‘Old Timers Hall of Fame’, recognized as the legends they are – and always will be.

Not only does Melvin enjoy his job, he beams when he speaks about his family and their individual athletic and career achievements. He instilled the same drive and determination in his daughters, Marissa, an accomplished singer and songwriter, and Melyn, a nurse. They, too, were honored multiple times with All-State titles for various sports.

He encouraged his daughters to never give up.

“If you start a something – you finish it,” Melvin says.

He holds the same values in his job, as well as an intense esteem, love and respect for games on the gridiron. In high school his football coach and peers appropriately nicknamed Melvin “The Legend.”

But, that wasn’t the only distinctive title Melvin earned for his athletic prowess and impressive plays with the Cleveland High School Blue Raiders from 1976 to 1979.

Melvin was also known around campus as “The Moose.”

Melvin “The Moose” Thompson humbly explains, “Nobody could block me.”

The defensive tackle made over 215 solo tackles and hundreds of assists. Thompson stood 6-foot-2 and weighed 216 pounds during his high school career.

Melvin served as team captain and was named “Best Defensive Lineman” and “Most Valuable Player.”  He was also appointed to All-Star status several times.

Joining him as an inductee — and an All-State athlete herself — is his sister,who will be honored in an upcoming ceremony.

Angie Thompson, or “Miss Superstar” as she was affectionately called by her classmates, played basketball for the Cleveland High Blue Raiderettes from 1980 to 1983, and still holds an unbroken school record.