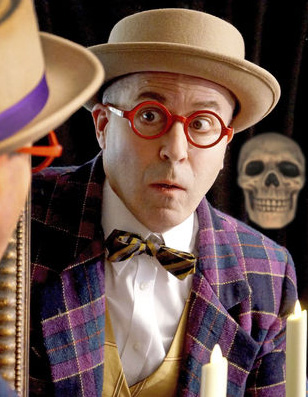 Stuart MacDonald is a senior training analyst for a home appliance maker by day and a magician by night.

However, the two intertwine from time to time.

While he has spent nearly three years as an analyst for Whirlpool Corp., MacDonald has dedicated 30 years to magic.

The St. Joseph Township resident got into the trade as a third-grader when his uncle gave him his first magic set. MacDonald parlayed this early interest into a profession in which he toured the college market for 15 years.

But then came the recession. As the economy fell apart, MacDonald went back to the school and eventually found himself at Whirlpool.

Having found his way back to magic the past few years, MacDonald is heading to the World Championships of Magic in Busan, South Korea, as one of the top contenders. He currently ranks as the No. 1 competitive magician after sweeping five major categories in the North American Competitive Magician.