Milan, where the Home Appliances of the Future are designed 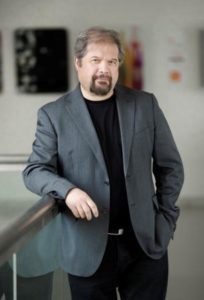 Milan is where multinational Whirlpool has its European headquarters, where it experiments with prototypes and future appliances for connected homes.

Five years ago it was all science fiction. Intelligent washing machines existed on paper, even in prototype form, but certainly not in the stores. There are now some 2,100 models on the market in Europe. Market researchers GfK have calculated that in 1st half 2017 they accounted for 18.3% of washing machine sales in Italy. And the figures “are rising constantly,” notes Manuela Soffientini, who chairs the national association of domestic and professional appliance manufacturers (Ceced Italia).

This goes not only for washing machines but, more in general, for the whole of the home appliance market in Italy. Connectivity, intelligent functions and innovation are driving the market. “Top of the range products are showing strong growth, offering high quality performance and smart and connected functions, increasingly important for the market,” they say at Ceced. It’s a strategic sector for Italy. With 36,000 employees, sales of €8.6 billion and investments in research worth €259 million, the Italian home appliance industry is second only to Germany in Europe.

The most recent major investment was by Whirlpool. In May the US multinational inaugurated its new headquarters for the Emea area (Europe, Middle East and Africa) in Pero, on the north-west outskirts of Milan, in the towers where the Expo 2015 organizers were based. Working there now are around 600 of Whirlpool’s 6,000 employees in Italy. On the top floor there is a showroom where clients and suppliers can view the company’s new products. 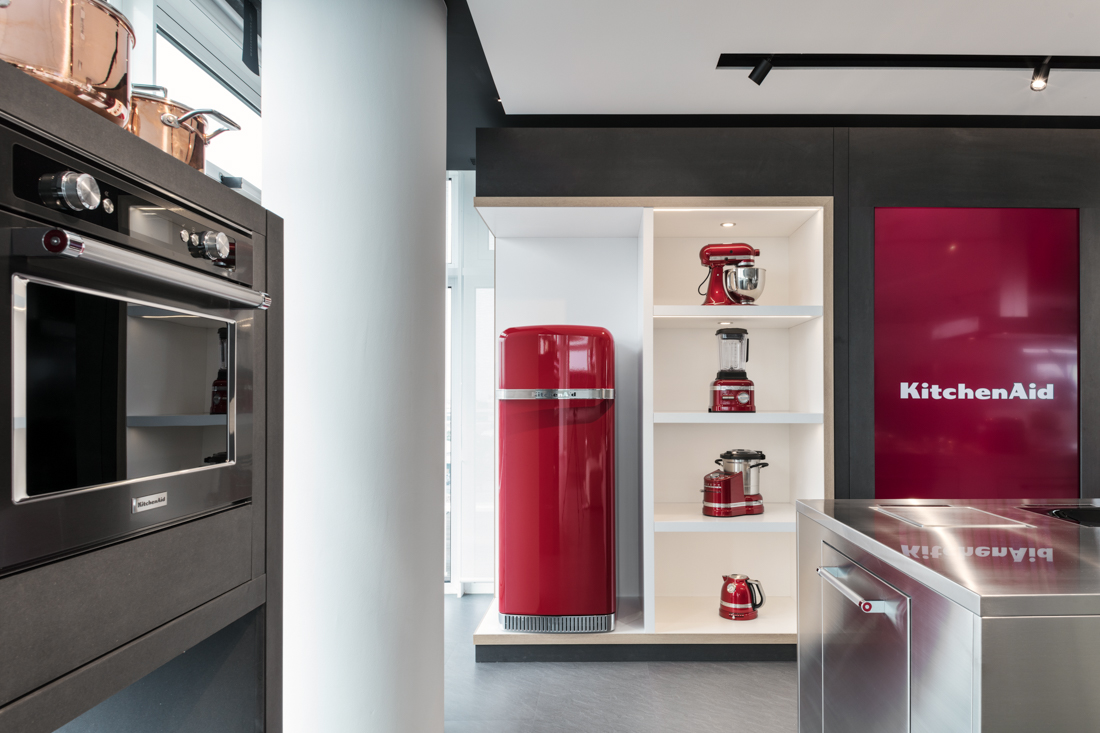 Milan wasn’t a random choice. “In terms of style and design the city is to the forefront not only in Europe but in the whole world,” explains Alessandro Finetto, senior director global consumer design at Whirlpool. “China and India too,” observes the manager, “look to Italy on the design front because we have the capacity to read it in a certain way”. Whirlpool spends 75% of its EMEA research & development budget here in Italy, where 50 of its 209 designers work in Varese and Pero.

The colossus of Benton Harbor, Michigan, is about to launch its new collection of home appliances in Italy too, but its designers are already at work on the next generation, which will see the light after 2020. And what will the home of the future be like? Intelligent for sure. “Within three or four years all Whirlpool products will be connected,” explains its design director. The Group’s ovens already have displays enabling the user to set recipes and cook them step by step, but in the future the information flow will be continuous. Fridge and oven, for example, will exchange data: the former will determine what ingredients are available, the latter will select a list of recipes accordingly. And not only. “60% of what we put in the fridge shouldn’t go there,” adds Finetto, “and this make us think about fridges that help the consumer to understand what’s inside and when it “expires””. 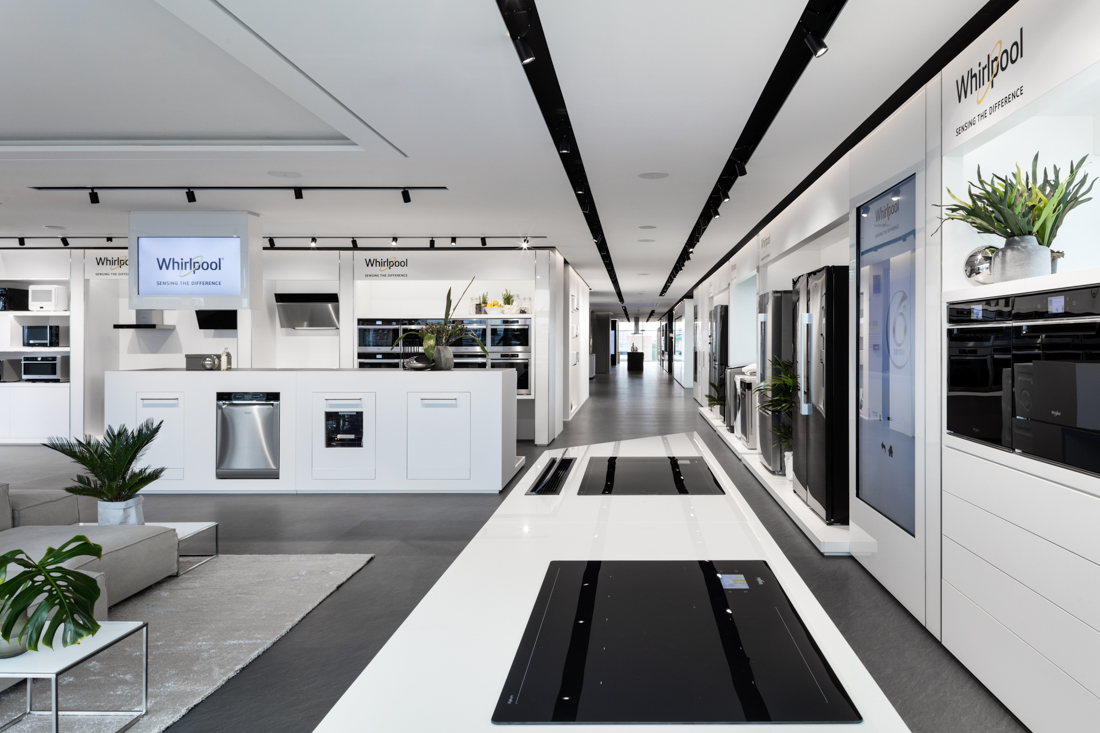 The second business strategy is to hide the technology. The home will be increasingly packed with innovative appliances but you can’t have it looking like a laboratory. Just think of the kitchen, the most “technical” room in the home. Given that it’s increasingly in view, any jarring elements must be got rid of. “There’s a space problem in homes,” explains Finetto. “The living room and kitchen have become a single space. It’s bigger because it’s one space but in fact the home has got smaller.” This is why the designers are now focussed on eliminating everything that’s not necessary. Working with kitchen producers we understand that quartz is a new material destined to replace traditional countertops and work well with induction hobs. It withstands very high temperatures, and is processed with a powder that makes it look like marble.

Induction is here to stay. It has already gained 40% of the market in Europe and is eating away at gas hobs’ share every year. GfK reports that induction hob sales in Italy in the 1st quarter of this year were 17% up on the same period last year. Similarly, there has been over 60% growth in multi-function ovens, like the ones that have steam cooking too, or are self-cleaning. Sooner or later, microwaves and mini ovens will disappear into a single appliance that does everything. 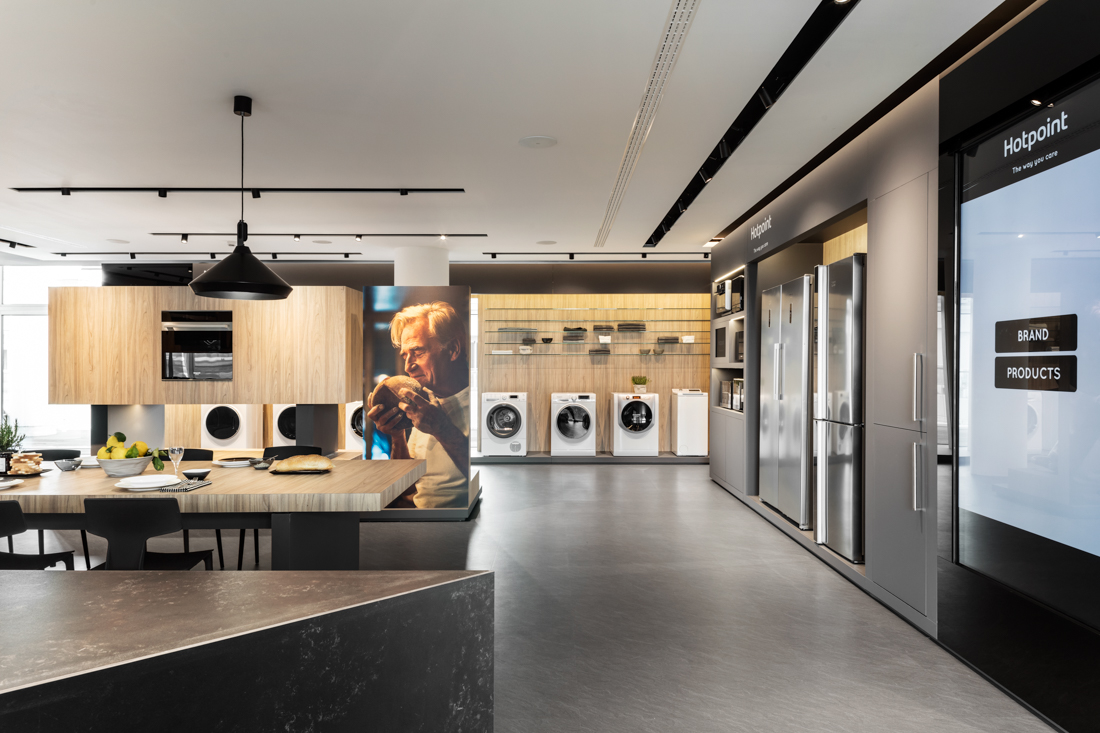 Revolution is bearing down on the small appliance segment too. Ceced market data show that more appliances are being sold for the kitchen (up 1.3% in 1st half 2017 against 2016) but at lower prices, which erodes companies’ revenues (down 2.1%). Above all, small appliances are suffering competition from the higher margin segments like big robots and super-automatic machines. Whirlpool is experimenting with the use of induction hobs to activate small home appliances, such as blenders, thus using the electricity powering the hob instead of the appliance’s motor. “By putting the blender on the hob, the hob acts as a motor. As soon as you take it off, it switches off,” explains Finetto. “We’re working on some prototypes”.

The last area of study is the duration of home appliances. If their functionality depends more and more on the software installed, will it be enough to update the software to make appliances last longer? According to Finetto, this is the “evolution of the future”, but increased efficiency in consumption levels will also help lengthen an appliance’s life cycle. “Today an old dishwasher uses 10-15 litres of water to wash 12 place settings, whereas our latest model uses 7 litres,” adds the manager. “Consumers must understand that these efficiency improvements will eventually generate savings”.

Original article by Luca Zorloni published on Wired.it on July 19