One Step at a Time for Jason Ringman 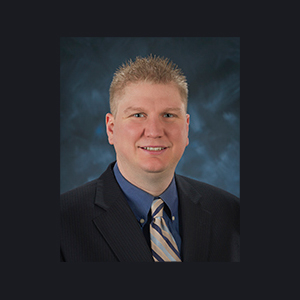 Four years ago I had an event that changed my life.  There were multiple news stations that covered my story.  Here is the remaining post: http://www.chathamdailynews.ca/2012/04/19/doc-helps-save-life-of-wings-fan

I have Brugada Syndrome, a rare heart condition, and it almost killed me.  I suffered cardiac arrest and was, for all intents and purposes, dead for about 3.5 minutes.  My life was saved by some amazing people.

Before the event, I was exercising regularly.  I was a bit overweight but not by a crazy amount.  After the event, I blew up like a balloon.  I was unable to get my heart rate up for exercise because I was having what I call “aftershocks” from my event.  I did not want to weigh myself.  I still have no idea how heavy I was at my peak.  Eventually after getting back into an exercise routine I weighed myself.  I was at 236 lbs.  I dropped 20 pounds and got down to 216.

In March 2016 I traveled to India for a Whirlpool event.  In preparation, I thought I’d try to lose a little extra weight so I wouldn’t look so large.  I was able to lose two  lbs. before leaving.  While in India my diet was different, but my mindset was the same: “I want to lose some weight while I am here.”  During the trip I lost 10 more lbs.  I was so happy with myself after arriving home that I decided to keep it going.   I am now at 219 lbs. with a goal to get under 200.

After my Brugada attacks I felt weak and helpless.  I did not feel like I could exercise and I thought I was just destined to be fat.

My biggest supporters were my wife, my friend Jeff Stoller, and the Whirlpool culture.

I have recently been getting positive comments on my latest photos.  Family and friends have noticed a “glow” that I did not have before.

I’m not yet at my goal but I already feel great!  I am VERY happy with myself and I have the confidence now that I can keep going.  I am also thinking about getting back into an exercise routine after doing nothing for  two years.

If you’ve  been through a traumatic situation in your life, understand this: There’s something called Post Traumatic Growth.  When you hit a hard time, which side of the fence will you fall on?  Will you overcome or will you be defeated?

I continue to overcome a heart condition that has been trying to keep me down.  It will be victorious!