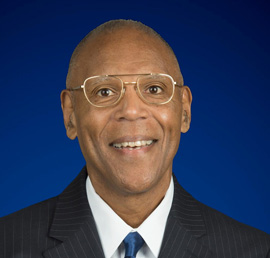 General Larry Spencer was appointed a director of Whirlpool Corporation in August 2016. He is a member of the finance committee and the corporate governance & nominating committee of the board of directors.

General Spencer is the president of the Armed Forces Benefit Association and 5Star Life Insurance Company, a position he has held since March 2020.  He served until March 2019 as President of the United States Air Force Association, a position he held since his retirement as a four-star general in 2015 after serving 44 years with the United States Air Force. Spencer enlisted in 1971 and rose to Vice Chief of Staff, the second-highest-ranking military member in the Air Force. He also was the first Air Force officer to serve as the Assistant Chief of Staff in the White House Military Office. He served as the Chief Financial Officer and then Director of Mission Support at a major command, and he held positions within the Air Staff and Secretariat. General Spencer participated in contingency Operations Desert Shield/Storm, Desert Thunder, Desert Fox, Allied Force and Iraqi Freedom. He received the Defense Distinguished Service Medal, Air Force Distinguished Medal and Defense Superior Service Medal Legion of Merit. He has two named awards: The Air Force General Larry Spencer Innovation Award and the Air Force General Larry Spencer Special Acts and Services Award.

Spencer is also a director of the Triumph Group, Inc., and Haynes International, Inc.