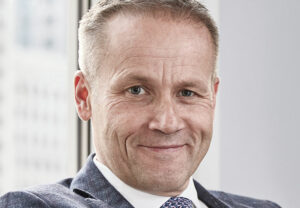 Marc Bitzer was named chief executive officer effective October 2017 and was elected Chairman of the Board effective January 1, 2019.

Bitzer earned both his MBA and doctorate from the St. Gallen Graduate School of Business, Economics and Law in Switzerland.

Dr. Marc Bitzer also serves on the Supervisory Board of BMW AG, appointed in May, 2021.