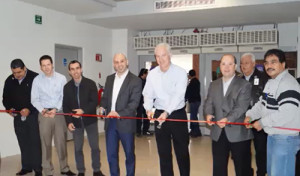 When Mexican presidents come for a visit, something big is happening. Exactly 30 years ago this week, President Miguel de la Madrid and other officials gathered in the city of Apodoca to kick off the production of single-door refrigerators at Whirlpool’s SUPSA plant.

The SUPSA plant, located in the large Monterrey suburb in the state of Nuevo León, marked 30 years of production with a celebration on May 29. The fiesta featured snacks and music shows before the shift ended. Leaders also recognized 11 people who have worked for SUPSA since day one. Also, SUPSA employees buried a time capsule containing letters, memories, photos and other small items at SUPSA´s main entrance. The idea is for the capsule to be opened in 20 years. 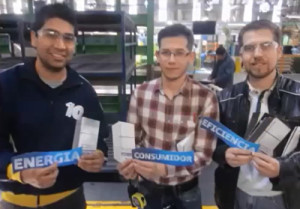 In 1988, Whirlpool began a joint venture with the plant before fully acquiring SUPSA in 2002. Today more than 2,400 employees produce the company’s only top-mount refrigerators for North America.

Over the years, the SUPSA plant has grown along with the Mexican economy. After starting production with smaller capacity refrigerators, today SUPSA runs lines for five different platforms with capacities ranging from 10 cubic feet to 21 cubic feet. The plant has a capacity of almost 2.4 million units produced annually not only for the Mexico market, but also exported throughout NAR, LAR and EMEA.

“As part of our NAR Manufacturing team, the SUPSA plant plays a critical role with creating product leadership in North American Refrigeration,” said Jeff Durham, vice president of NAR Manufacturing Operations. “I would like to congratulate our SUPSA colleagues on their 30th anniversary.  We count on them to help deliver the Integrated Supply Chain’s promise of differentiated quality, dependable service, and optimized cost.” 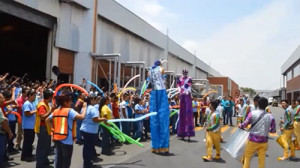 According to Enrique Sánchez, SUPSA plant director, the plant is proud of its safety and quality levels. Its safety levels are considered world class, both inside and outside of Whirlpool Corporation. Sánchez says the quality rates are a benchmark in the refrigeration business. In terms of operation and people excellence, the plant has been certified as a clean industry and has been honored as a “Great Place to Work” from 2011-2014.

“SUPSA’s best resource is its people, and their passion and teamwork has allowed us to be a top choice for strategic projects,” Sánchez said. “Our vision for the future is based on collaborative work to achieve and consolidate as an agile and safe operation generating value not only for the organization, but to our consumers with products of the highest quality at a competitive cost.”

[Tweet “Congrats to Whirlpool’s SUPSA plant in Apodaca, Mexico on its 30th anniversary”]