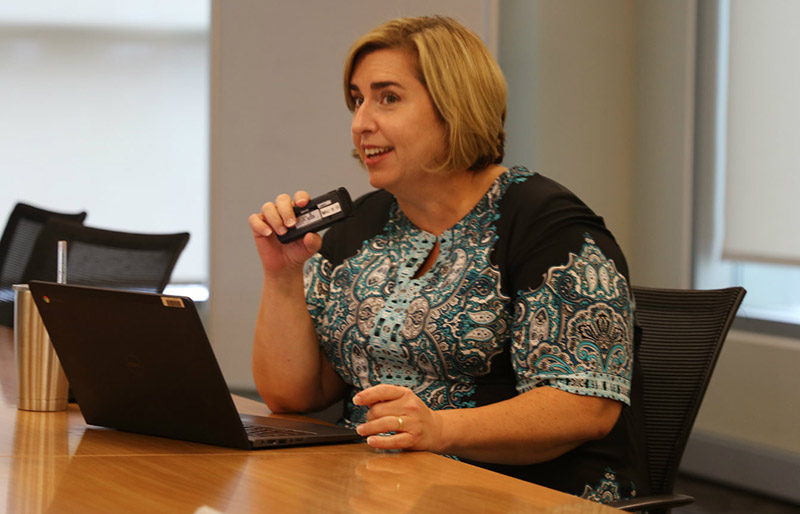 Manager of Media Outreach and Public Relations Juliet Johnson landed a job at Whirlpool almost by accident while she was working on honing her interview skills. “I was a branch director for a non-profit—The Leukemia and Lymphoma Society—and another non-profit was trying to recruit me,” she said. “I wasn’t really interested in working for them, but I hadn’t really interviewed in six years anywhere because I loved my job. I decided to do it just for the experience.”

That’s when fate stepped in. “I contacted my former supervisor, who had gone to Whirlpool,” said Johnson. “She left two years earlier to work on the KitchenAid brand. I told her that I wanted to use her for a reference, since they were getting down to the point where they were going to ask for references and probably make me an offer. I really didn’t think I wanted the job. She said to me, ‘well if you’re looking for a job, I want to connect you with Deb O’Connor.’ I let her know that I wasn’t really interested, but she said she’d have Deb call me anyway.”

Juliet got that call early the next morning. “And again I thought my heart was in the nonprofit world,” she said. “That’s where my passion was and I didn’t know if I wanted to leave my current job. My husband and I had just built a brand new condo and moved to downtown Grand Rapids, so we weren’t in any position to move.”

Regardless of her reservations, she drove to Benton Harbor to interview on a typically beautiful West Michigan summer day. “I remember it was gorgeous,” Johnson said. “I had five hours worth of interviews. I met some cool people and saw the beautiful lake and I figured I’d never hear anything.” Johnson started at Whirlpool Corporation a month later. 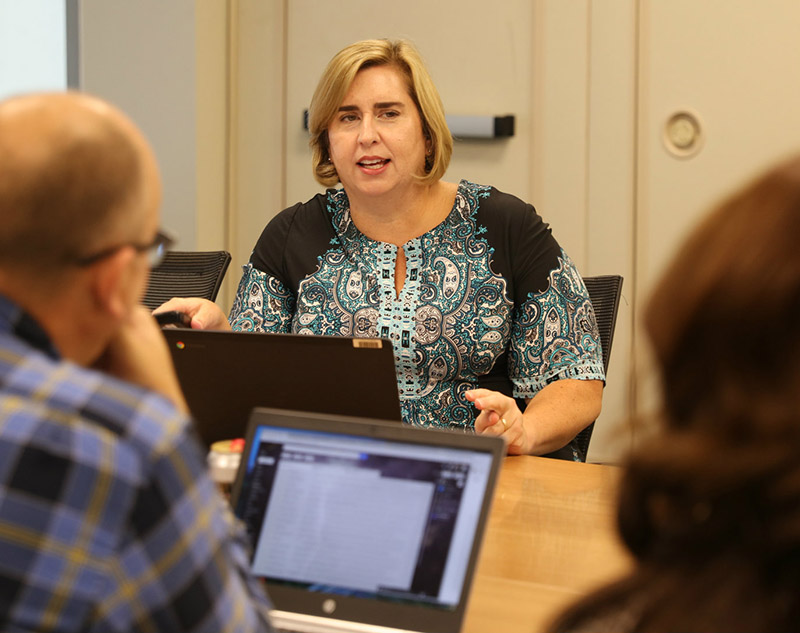 Her former non-profit career gave her a unique skillset that was quickly applied to her new role. “I remember at the time being told that even though we’re a big corporation, a lot of us have really small budgets, so we need people who know how to stretch,” said Johnson. Budgeting wasn’t the only transferable skill she possessed, however. “Event management, project management, change management—those things are all applicable to any job no matter what. In the nonprofit world, a lot of times we just had to jump in and help, regardless of what my title was. Stuff had to get done. I know for the particular role I was hired for, they were looking for someone to roll up her sleeves and jump in.”

For that first position, Johnson cut her teeth doing some “boots on the ground” brand work. “I started on the KitchenAid brand, managing their sponsorship activation at the food and wine events. I got to immerse myself into one of my passions, the culinary world. It was a great experience.”

“After two years, I moved to the Jenn-Air brand and had the opportunity to create a proactive outreach and education program for designers and architects. I really liked that and it surprised me because I didn’t have a designer’s eye or a designer’s background. I earned my AKBD and CAP certifications (two design certifications) while doing this. I really loved working with the designers.” Johnson held that role for more than five years before coming to Corporate Communications and becoming an integral part of the newsroom team in 2014.

Her current role has her spending a large portion of her time with local media relations, which she had experience with when working in the nonprofit realm. Johnson had also worked for an air show company doing media advance in major markets across the country. “I love working with local media. I love pitching stories, so this position seemed like a good fit,” she said.

“The newsroom was a success, but we had some holes to fill and needed someone to tell stories about our U.S. plants and work with the local media in those cities,” said Director of Corporate Reputation and Community Relations Deb O’Connor. “So we plugged Juliet into the newsroom to be on constant watch for plant stories. Since she has been there, we have increased our media exposure at the plants exponentially.”

Johnson handles local media in the twin cities as well, and she urges people not to overlook local angles to corporate stories. “I think one of the things we struggle with in the newsroom is that people don’t share ideas unless they feel they can be pitched to USA Today or Forbes. How many people in this town read the Wall Street Journal versus the Herald Palladium or Moody on the Market? There’s definitely a place for local media.”

She has worked hard over the past few years to increase local media coverage of the corporation, brands, employees and plants. “We are proactively pitching stories rather than just reacting to local stories. I’m amazed at the number of good people stories that we have to share.”

“My job is to build the bank of good news stories in our U.S. plant cities and here in Benton Harbor. I know we don’t always like to toot our own horn, but each one of us works with somebody who has done something that would make a good story, and I’d love to have people submit those ideas to the newsroom so we can tell those stories.”

If you have an idea for a story, email Juliet Johnson: juliet_m_johnson@whirlpool.com