The Journey of a Lifetime for a Veteran Father and Son 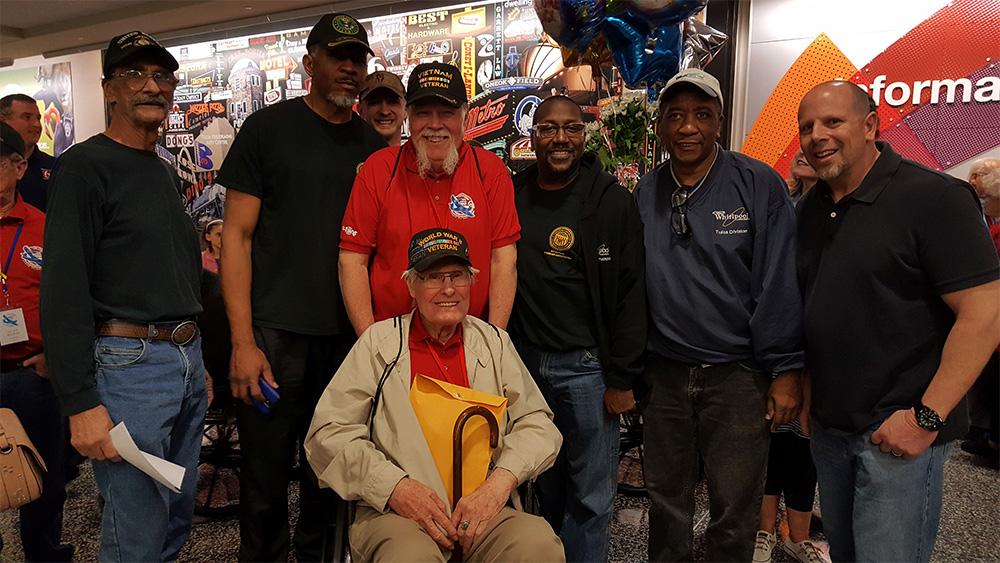 Whirlpool Veterans Association Tulsa Chapter welcomed one of their own on Wednesday, April 18 at Tulsa International Airport. Phil Sager, facilities planner and WVA member, joined his father Charles Sager, on an Oklahoma Warriors Honor Flight to Washington, D.C. Phil and his father were among a group of 74 veterans going on the free trip to Washington, D.C. to visit memorials honoring their service and sacrifice. 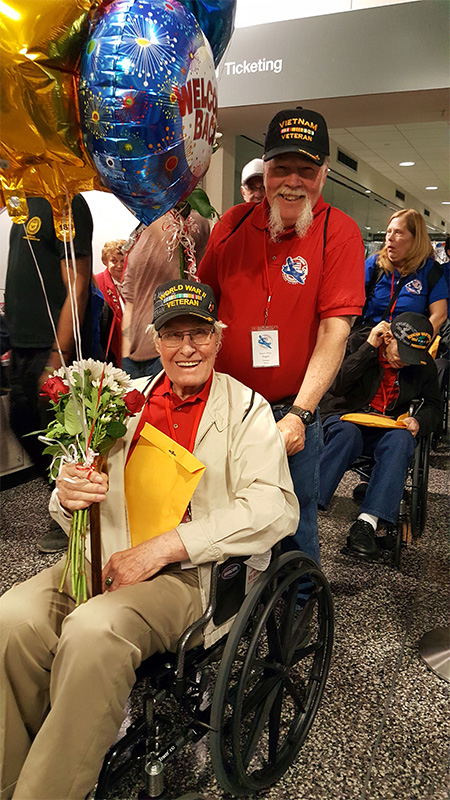 Phil served in the Vietnam War on the Navy Destroyer USS Brush DD 745 and then transferred to the USS Turner Joy DD 951 during his 1968-1970 deployment. President Nixon granted an early out to reduce troops in Vietnam. Phil’s ship was to head to Subic Bay, Philippines, which would be his last port before heading home. Instead, he was rerouted to Cambodia, where he would serve two more weeks before his ship to Subic Bay arrived. Phil vividly remembers arriving in Subic Bay and boarding a school bus for the 80-mile journey down a dirt road that would lead him to the Clark Air Base where he boarded his 17-hour flight to arrive at Travis Air Force Base in California. From there, he met up with his wife Margie in Long Beach, California and together they began their journey to Oklahoma. Phil and Margie celebrated their 49th wedding anniversary in March.

Phil’s father, Charles Sager, served in World War II as a mortar man with the 2nd Marines in the Pacific. Charles was part of the battles for Saipan, Tinian and Okinawa. He would not speak much about his experience. The opportunity to travel to our nation’s capital with Oklahoma Warriors Honor Flight was the trip of a lifetime. This was the first time either Phil or Charles have travelled to our nation’s capital to see their respective memorials. Charles commented to Phil, “I have never shook so many hands in one day. I thought I was running for President!”

This Honor Flight was an emotional day for the two Sager men, but it was also a day of healing and closure. “Words cannot express my sincere gratitude to Oklahoma Warriors Honor Flight for a day that I will never forget. The Honor Flight crew was so helpful providing wheelchairs, ensuring everyone was comfortable made this a pleasant trip. This is the happiest, most joyous thing I have ever did with the military and I am glad that I got to do it with my dad.” commented Phil.