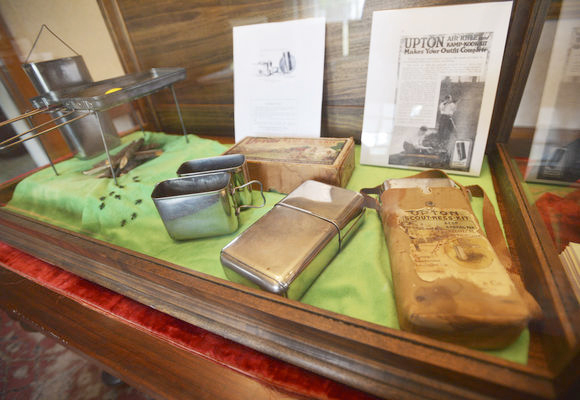 Darlene and Heinz Damaske spent many weekends driving to antique shows for one reason.

Finding that one type of BB gun made by the Upton Machine Co.

Heinz Damaske, who succumbed to cancer years ago, had worked at Whirlpool Corp. for nearly 40 years. Heinz had always heard that Upton Machine, the name of the appliance maker before it took the Whirlpool name, made one type of BB gun in the early 20th Century.

“As he was nearing retirement he decided to find an Upton BB gun, as a memento for all the years he worked there,” Darlene Damaske said.

The couple began searching in the early 1990s before coming across that BB gun. This came through diligent trips to antique shows in states as close as Indiana to as far as Arkansas. Damaske recalled how her husband would scour the four antique papers that were sent to their house.

But that BB gun was just the beginning for their Upton toy collection.