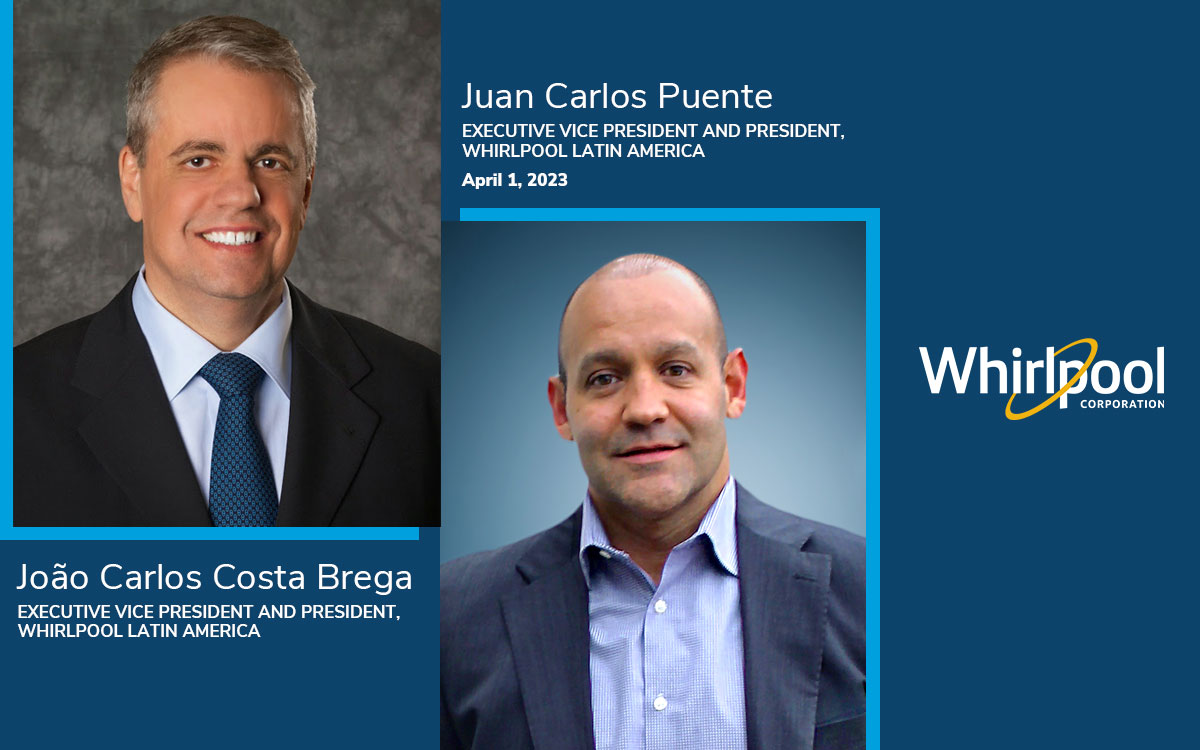 “We express our heartfelt thanks to João Brega who has had a remarkable career at Whirlpool for over 27 years,” said Marc Bitzer, Chairman and CEO of Whirlpool Corporation. “João Brega’s strong leadership helped steer our company, especially Whirlpool Latin America, through many challenging times, and his passion and unwavering commitment to our consumers and our employees will be missed.”

João Brega’s leadership has built a strong foundation for Whirlpool Latin America to continue to succeed as the industry leader. We are grateful for his many contributions and the impact he has made.”

Joe Liotine, President and COO of Whirlpool Corporation also said, “João Brega’s leadership has built a strong foundation for Whirlpool Latin America to continue to succeed as the industry leader. We are grateful for his many contributions and the impact he has made.”

Under Brega’s leadership, Whirlpool Latin America saw profitable growth, including significant net sales growth over the years, despite supply constraints and currency headwinds. Most recently, Brega led the company’s $52 million investment in its manufacturing plant in Pilar, Argentina, marking a milestone in Whirlpool’s history and furthering the company’s commitment to generating employment and the country’s export profile as a leading brand.

Brega was named President, Whirlpool Latin America, in 2012. Previously, he served as president of Embraco, the company’s compressor business. Brega joined Whirlpool in 1995 as controller, and held a number of positions in the company’s financial area in Brazil and the United States. He also previously served as Director of Operations for Whirlpool Argentina/Chile, Chief Financial Officer of Whirlpool Latin America, and President of Operations for Whirlpool Mexico and Canada. Brega holds a bachelor’s degree in business administration and a postgraduate degree in Finance from the Fundacao Getulio Vargas in Brazil.

“Serving the incredible people of Whirlpool, our consumers and our communities over much of my career has been a tremendous experience and I am proud to have been part of the journey of this company,” said Brega. “I am pleased to leave Whirlpool Latin America in the hands of Juan Carlos, a respected and trusted leader, and I look forward to seeing him take the region to even greater success.”

Regarding Puente, Liotine noted, “Juan Carlos’ visionary leadership has inspired many in our company for more than twenty-five years and he has a track record of proven success across his many assignments around the world. We look forward to seeing him lead the region and guide future achievements for Whirlpool for the benefit of all of our consumers.”