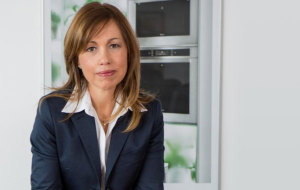 Esther Berrozpe, President of Whirlpool EMEA, will assume leadership of the company’s integrated European business, effective January 1, 2015. In this role, Berrozpe will be responsible for the combined operations of Whirlpool and Indesit.

“As a newly-combined company, the importance of having a unified leadership team will be central to the success of Whirlpool EMEA going forward,” Bitzer said. “This marks an important milestone as we position our European business for growth and ongoing value creation throughout the upcoming integration process and as we focus on product innovation, margin expansion, and delivering on our commitments to consumers within the region.”

Marco Milani has announced his plans to step down from his position as Indesit Chief Executive Officer effective December 31, 2014.

As previously announced, Whirlpool Italia completed its acquisition of a majority interest in Indesit on October 14, 2014.

Whirlpool Additional Information
Certain statements in this press release relating to the company’s expectations for global leadership changes and company integration constitute “forward-looking statements” within the meaning of the U.S. federal securities laws. These statements reflect management’s current expectations regarding future events and speak only as of the date of this press release. Forward-looking statements involve significant risks and uncertainties, should not be read as guarantees of future performance and will not necessarily be accurate indications of whether or not, or the times at or by which, events will occur. Actual performance may differ materially from that expressed or implied in such statements. These statements rely on assumptions which may or may not be realized. Reference should be made to the factors discussed under “Risk Factors” set forth in Whirlpool’s periodic reports filed with the U.S. Securities and Exchange Commission.