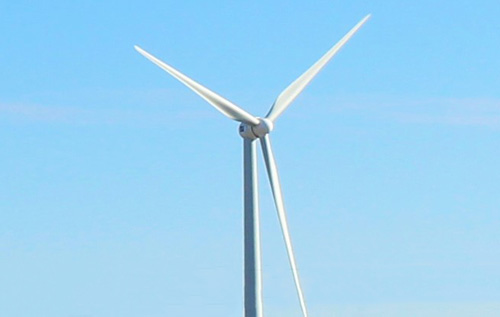 Today, as part of Whirlpool Corporation’s ongoing commitment to producing products in the U.S. in a cost effective and environmentally efficient manner, the company broke ground on a wind turbine project at its manufacturing plant in Ottawa, Ohio. The project objectives are to save money while offsetting the facility’s electrical consumption by more than 30 percent, or enough energy to power 300-400 American homes annually.

The $3.3M “Wind for Industry” project will be built and funded by One Energy. The project was first announced in May of 2016 and is expected to be completed early in 2017.

The Ottawa plant is one of three Whirlpool Corporation manufacturing plants in Ohio that are investing in wind energy. Earlier this year, the company announced a three-turbine wind farm project at its Marion plant as well as a two turbine farm at its Findlay plant that has been running since January The completion of Whirlpool Corporation’s newest wind projects in Ottawa and Marion has the potential to make Whirlpool Corporation one of the largest Fortune 500 consumers of on-site wind energy in the United States. Collectively, the company expects to generate enough clean energy to power more than 2,400 average American homes per year.

“Not only will this allow us to incorporate sustainable practices into our manufacturing process, but the wind turbine will also give us the opportunity to further pursue operations efficiencies and cost reduction,” said Jenni Hanna, Ottawa Facilities Plant Lead at Whirlpool Corporation.

In honor of the new turbine, Whirlpool Corporation will also create a $5,000 Megawatt Scholarship to be awarded annually for the next 20 years to a graduating high school senior from the local school district. The scholarship is designed to encourage education in the technologies and industries of the future. Eligible local students will be those seeking a two or four year technical degree in the fields of science, technology, engineering, and mathematics (STEM) at an accredited college.