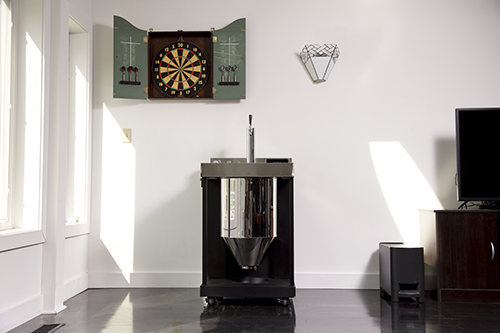 Whirlpool Corporation along with Indiegogo announces the launch of the Vessi™ Beer Fermentor and Dispenser system for home brewers. The patent pending Vessi™ system ferments, carbonates and dispenses home-brewed beer in as little as seven days*, compared to other beer fermenting methods that can take four weeks or longer.

Whirlpool has launched the Vessi™ fermentor exclusively on Indiegogo, the global crowdfunding platform, to engage directly with a worldwide community of early adopters and validate the market for a consumer-driven product that crafts great tasting beer time and time again. Through the Indiegogo campaign, Whirlpool will be able to connect with its potential customers and evaluate what they need and want in a beer fermentation system.

According to the American Homebrewers Association® there are an estimated 1.2 million homebrewers who collectively produce 2 million barrels of homebrew a year in the United States, and Whirlpool has identified a consumer need for an easier and faster beer fermenting method. W Labs™ – a division of Whirlpool Corporation that helps bring innovative appliance ideas to life – designed the Vessi™ fermentor as a pressure and temperature controlled system that enables home-brewers to ferment and serve beer straight from the tap in days rather than weeks. The revolutionary Vessi™ system gives home brewers the ability to control the fermentation process and have confidence in their results every time.

“The traditional fermentation and carbonation stages for home-brewers can be tedious, cumbersome and require many steps in order to get the perfect brew,” said Noel Dolan, senior manager, Open Innovation & Strategic Partnerships at Whirlpool Corporation. “We knew there had to be a better way. At W Labs™, we’ve been researching, testing, designing and rethinking the entire beer brewing process and what’s resulted from that is the Vessi™ system. With the Vessi™ fermentor, we’re taking the stresses out of the fermentation stage for homebrewers and allowing them to focus on what they love about beer making.” 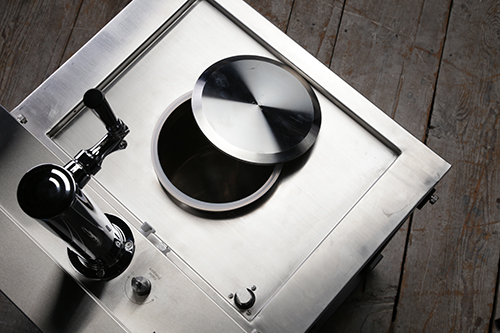 “Whirlpool Corporation is one of an increasing number of successful, established companies who are turning to Indiegogo to launch new products,” said Jerry Needel, head of Indiegogo’s Enterprise Crowdfunding service, which helps large companies validate and launch product concepts. “Crowdfunding on Indiegogo is a great way for successful companies to test the market for their products and turn Research and Development into a driver of pre-sales.”

This collaboration is the latest example of how Indiegogo’s Enterprise Crowdfunding service is enabling large, successful corporations to engage with Indiegogo’s vast audience of early adopters, entrepreneurs and makers to validate and optimize product concepts, as well as source new innovations. Enterprise Crowdfunding was launched in January of this year and industry leaders including Harman International Industries (NYSE: HAR) and Arrow Electronics have used the service to source and launch innovative products faster and with less risk than ever before.

The state-of-the-art Vessi™ fermentor includes a single tank system that’s sealed, pressurized and temperature-controlled to craft the perfect beer. With its single tank design, the Vessi™ fermentor also allows users to reduce key risks in the home-brewing process, including contamination, oxidation and imperfect temperatures. The Vessi™ fermentor retains the beer’s carbonation throughout the fermentation process, rather than the complicated multi-step carbonation process typically used by other home-brewing systems.

The Vessi™ Beer Fermentor and Dispenser can be supported on Indiegogo at https://igg.me/at/VESSIFERMENTOR.

*Based on a light blonde ale beer at 3.3% ABV and use of clarification agent

About Indiegogo
Indiegogo is the place for entrepreneurial projects to move quickly from concept to market, amplified by a community of backers who believe the world benefits when every idea gets an equal shot at success. Indiegogo empowers people to unite around the ideas that matter to them and together make those ideas come to life. As the world’s first crowdfunding platform, campaigns have launched from almost every country around the world with millions of dollars being distributed every week due to contributions made by the Indiegogo community. At its core, Indiegogo is the equal opportunity platform dedicated to democratizing the way people raise funds for any project –creative, entrepreneurial or cause-related. The company was launched in 2008 and is headquartered in San Francisco, with offices in Los Angeles and New York. For more information, visit Indiegogo.com and follow us at Twitter.com/indiegogo and Facebook.com/indiegogo.