Whirlpool Corporation is thrilled to be recognized as this year’s David J. Weichhand Award winner for their 2015 United Way employee fundraising campaign in Southwest Michigan.  Named after the late David Weichhand, a business leader in the St. Joseph/Benton Harbor community, this award honors a company for its creativity and imagination in its employee campaign by going above and beyond what is expected to make the campaign fun, exciting, inspirational and successful. 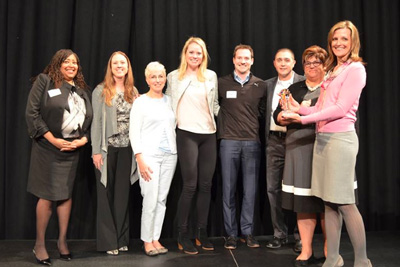 Employee Casey Tubman (center) accepts a Milestone Award on behalf of Whirlpool Corporation for the company’s role in meeting the United Way of Southwest Michigan’s fundraising goal for 2015. Casey is joined by Sharon Polfus and Catie Brown from the United Way staff at their recent annual meeting/celebration. The 2015 campaign netted $3,859,785, a record for the non-profit organization representing Berrien & Cass Counties in Southwest Michigan. 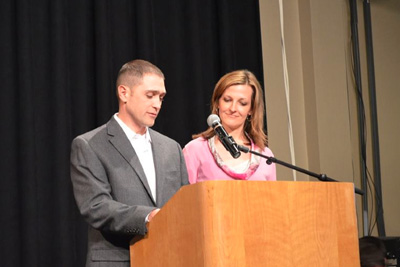 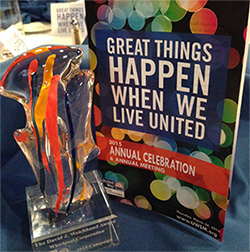