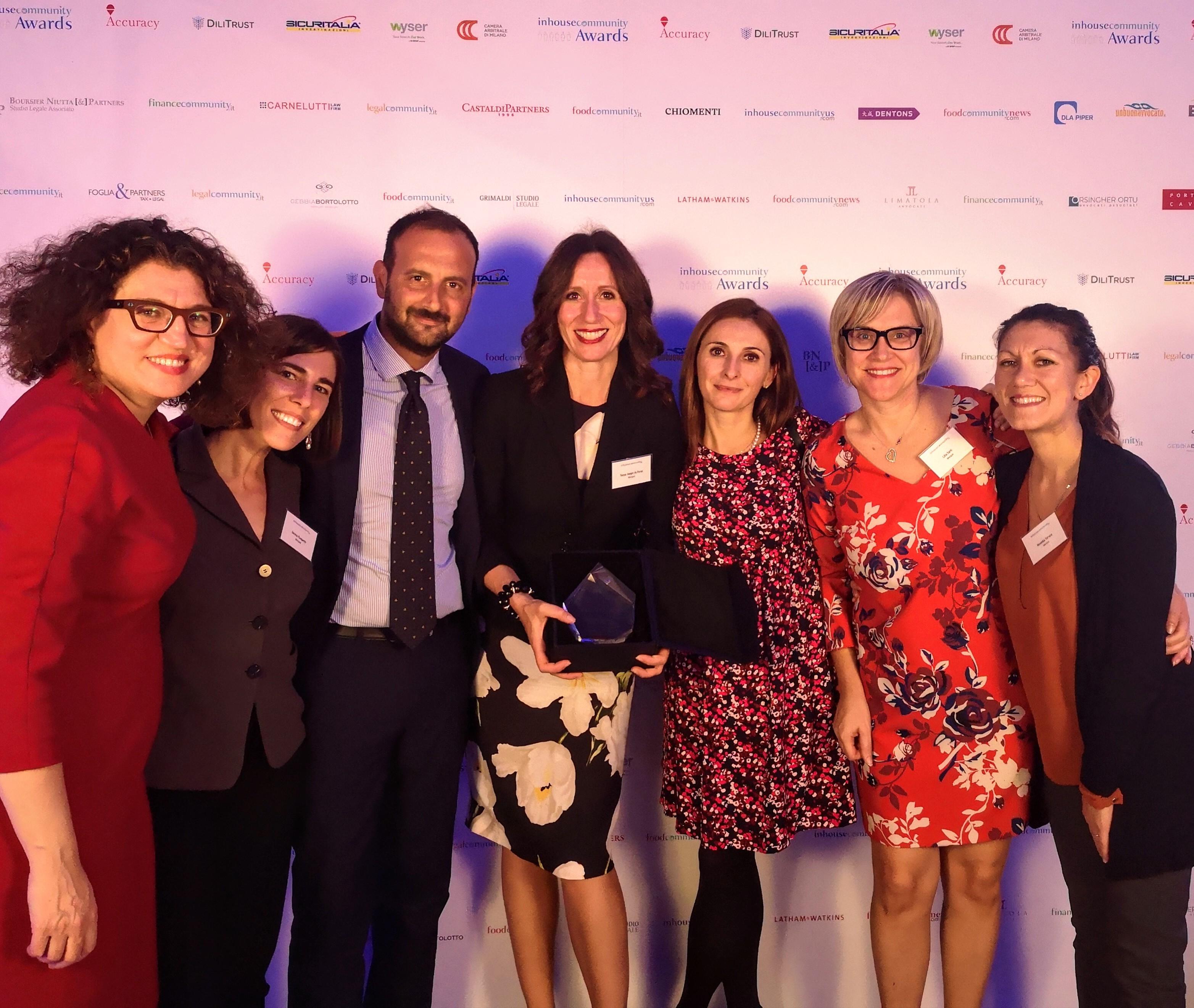 We are happy to announce that, on October 16th, Whirlpool EMEA Legal Team was awarded at the 2018 Inhousecommunity Awards 2018, which targets excellence in legal affairs and corporate management. The team was proclaimed Law Department of the Year in the Consumer Goods, Distribution and E-Commerce sector.

“A team well known and respected by the market, belonging to a group that in recent years has renewed its industrial structure by developing a solid commercial and investment strategy, particularly in terms of research and development,” reads the jury’s citation behind the victory of the Whirlpool EMEA Legal Team.

The award was collected by Whirlpool EMEA VP & General Counsel Tanya Jaeger De Foras and the EMEA Legal team during the ceremony at Superstudio Più in Milan.

Over 600 people took part in the 4th iInhousecommunity Awards, an awards system organized by the magazine InHouseCommunity.it to celebrate excellence in the world of law, tax, employees, CFOs and CEOs.