Whirlpool presents the company that will take over the Teverola facility 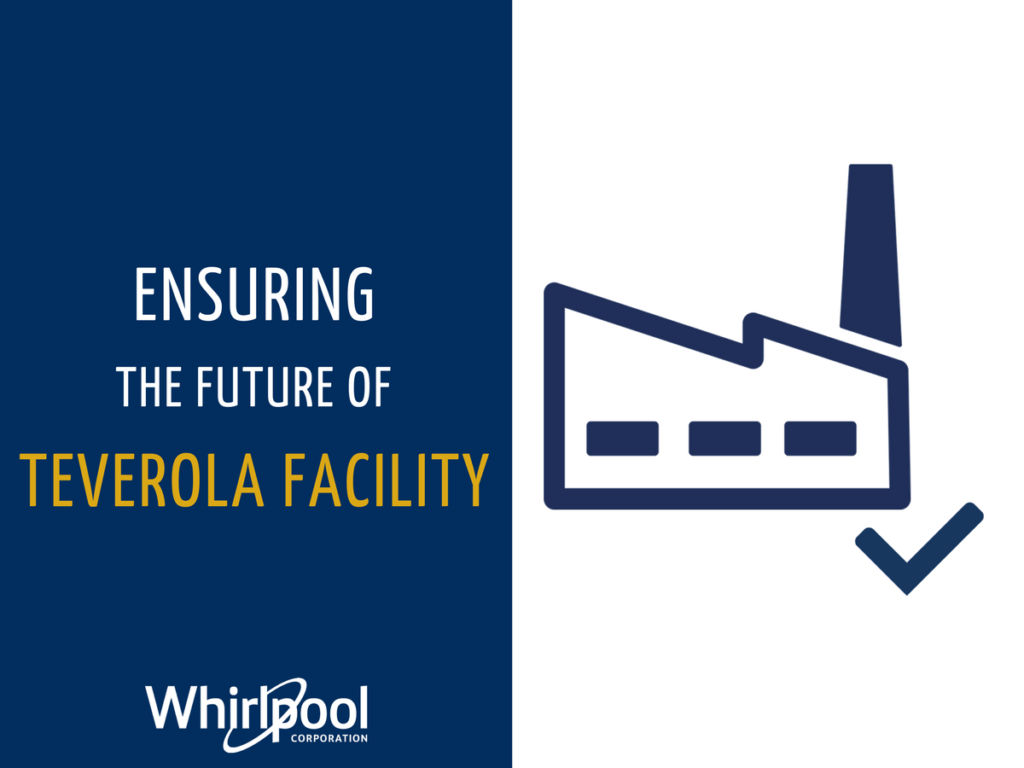 Rome, 6 March 2017 – Whirlpool Corporation today presented the industrial group that will be taking over the Teverola facility (Caserta) and guarantee its future in manufacturing. This came ahead of the deadline defined in the Italy Industrial Plan signed at Palazzo Chigi in July 2015. SERI Group, a leading manufacturer of lithium batteries for storage and traction, intends to build the first lithium cell plant in Italy (and one of the first in Europe). The plan entails investments of around 40 million euros at Teverola in the next two years and the hiring of at least 75 people by September 2018.

The announcement was made during a meeting at the Economic Development Ministry by Davide Castiglioni, Managing Director Italy and Vice President Industrial Operations Whirlpool EMEA (Europe, Middle East and Africa): “Today is an important day not only for us but for Campania region and industry in Italy,” he said. “After intensive efforts and thanks to support from government, we were able to identify a company that will take over the Teverola facility. A leading operator in its industry in Europe and worldwide which has submitted an ambitious investment plan capable of ensuring a future of sustainable development for the facility itself and above all for its employees and their families.”

Vittorio Civitillo has commented: “Our Industrial Plan commits the SERI Group to face new challenges and to overcome them we know we can count on a significant heritage of industrial skills, represented by Whirlpool’s workers, as well as the support of all institutions, to realize in Campania region the most important and innovative production site of the Group, according to the Industry 4.0 model.”

The reindustrialization of the Teverola facility is a key step in the Italy Industrial Plan: a little over 18 months from its adoption, Whirlpool has already invested over 220 million euros in processes, products and research & development out of a total of over 500 million scheduled by the end of 2018 and re-organized its six industrial sites, each with a specific and sustainable mission. The most recent step in the plan was the inauguration of Whirlpool’s new Melano (Ancona) plant, which has been made the EMEA hub for top range hobs’ production, during a ceremony attended last February 14 by Economic Development Vice Minister, MP Teresa Bellanova.

The choice of SERI Group was the result of a process that started with the signing of the Italy Industrial Plan and involved three main stages in collaboration with SOFIT, a leading provider in re-industrialization project management. The first was a detailed feasibility study focusing on the characteristics of the Teverola site and the surrounding territory. This was followed by assessments and job profiling to define the skills of all the employees involved, while the third stage (closing today) was the scouting and identification of a successor business. Of the potential acquirers examined, on the basis of an analysis of the business plan’s guidelines, SERI Group was the operator with the characteristics best able to guarantee a sustainable future for the industrial site.