William Snell – His One Step Story 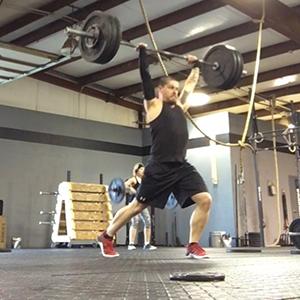 Everything changed for me after I went in for a physical and found out what those numbers actually meant for me.

I was always in good shape growing up. I was in sports in high school, then I joined the army and stayed in good shape during that time as well. It wasn’t until I worked a desk job that things really started going south for me. I tried diets and had success but eventually I’d always fall back into bad habits.  I was overweight with a high body fat percentage. I had very little muscle mass. My blood pressure was climbing and climbing. I ate whatever I wanted, and didn’t sleep regularly. I also had anger problems, and probably should have been diagnosed with some sort of depression. I was not happy with the way I looked, but I shrugged it off. I just lived with less self confidence.

Without Whirlpool requiring me to go in and have a biometric screenings, I don’t know if I would ever of known just how unhealthy I was becoming. My BMI had gotten over 32. My blood pressure had passed pre-hypertension stage and was getting into stage-1 hypertension. My blood sugar was also high. After understanding what those numbers really meant for me, that my life expectancy was shortening with each poor lifestyle choices I had been making, I decided to make a change.

I decided to get in the gym. I looked into gyms around me and found one that was offering a deal if you paid the first 9 months up front you’d get a discounted rate. So I did it, and used it as a motivation to try to get my money’s worth out of it. It wasn’t easy at first, I was sore a lot and there were times where I wanted to just sit and watch TV at night instead of going to the gym. I found some free workout programs that really helped me learn what exercises to do, how much, how often…etc. They also came with diet plans that I didn’t follow precisely, but I did start counting my macronutrients (proteins, carbohydrates, fats) and trying to reach certain numbers for those. I’d finish one program anywhere from 8-12 weeks and then research and find another program. It kept things changing….which was good! I followed this routine for over a year and half. I tried CrossFit as a change of pace in August 2015 and I’ve been doing that ever since.

Life is so much more enjoyable now. My muscle mass and my body fat has done a complete flip flop. Even though muscle ways more than fat I’ve still managed to go from 215 lbs down to 175 lbs which brought my BMI down 6 points. My blood pressure is well within the normal/ healthy range.  “Are you working out?” is a question I get a lot now. I take it as a compliment and it’s given me a lot of confidence.  One noticeable difference for me is that I’m not out of breath and feeling like my heart is beating out of my chest when I walk up the stairs to my 4th floor office. I’m in better shape now than I’ve ever been before in my life. Every year going forward I’m aiming to be as healthy and in the best shape as possible, so that I can be around for my kids and their kids as long as possible.

Find a reason that motivates you to take the first step, mine was I didn’t want to throw away 9 months worth of gym membership that I paid up front. Find a program and stick to it! If you get through the beginning hurdles of building the discipline and finding the motivation it’ll become what you look forward to the most…I guarantee you’ll be happier and healthier!