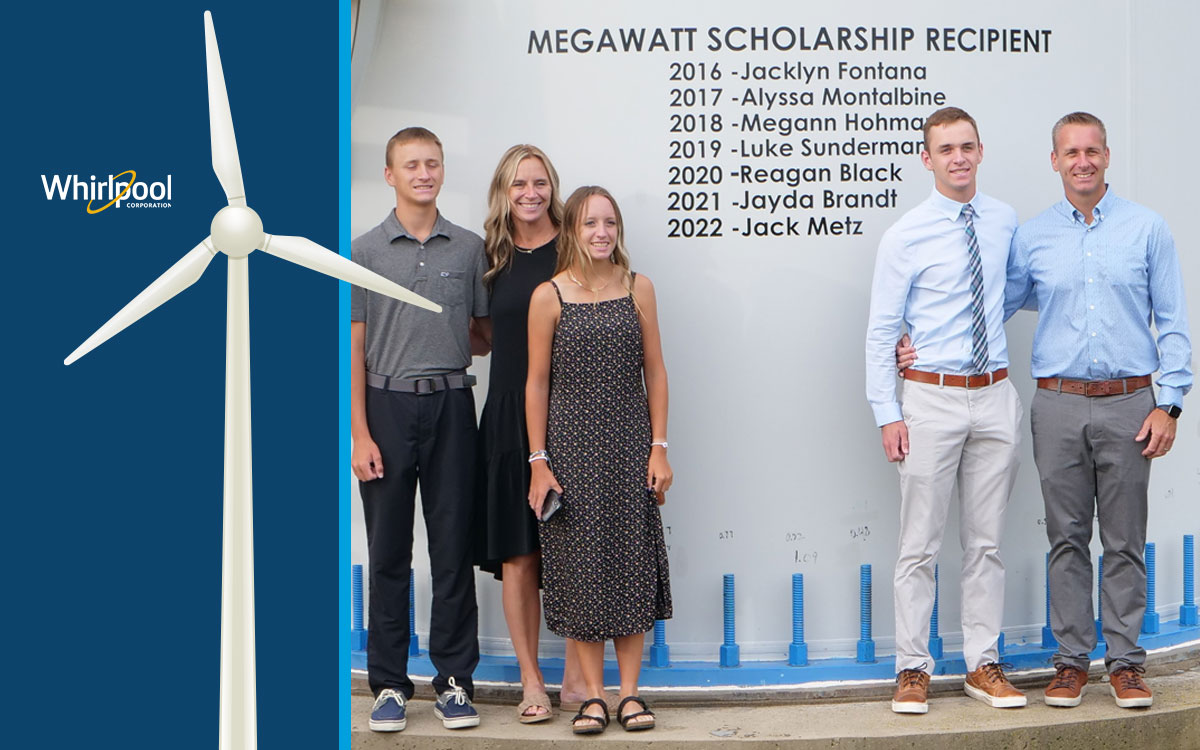 Each year, Whirlpool Corporation awards scholarships to students entering college in coordination with One Energy at its North American plants that have wind turbines on site. 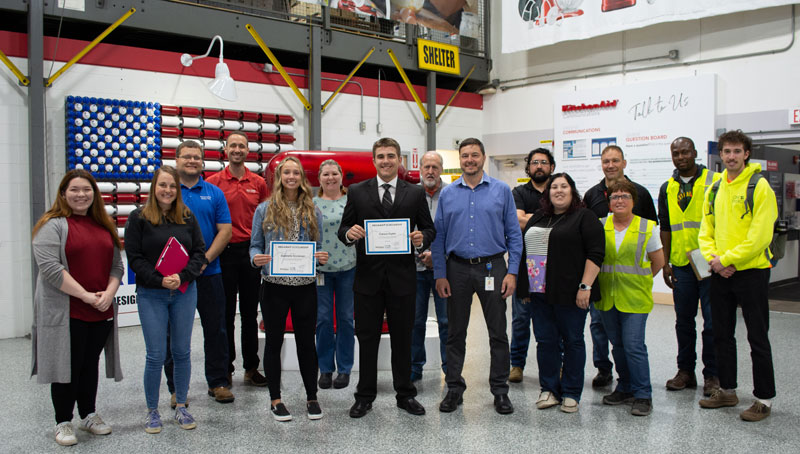 One of those plants in Greenville, Ohio chose from over 60 applicants and awarded these “Megawatt Scholarships” as they’re called, to three winners (one winner per each turbine at the plant site). The three winners, Carson Taylor, Gabrielle Heckman, and Kevin Partington, were awarded $5,000 each. Both Taylor and Heckman plan to attend Ohio State University to pursue careers in the STEM field (Science, Technology, Engineering and Math). Partington will attend Purdue University for mechanical engineering in the fall.

Whirlpool Corp.’s Findlay, Ohio plant gave awards to Jack Metz, who plans on attending Ohio State to pursue a degree in Computer Science and Finance; and Austin Hanni-Wells, who will be attending Ohio Northern University to pursue a degree in Statistics with a concentration in Actuarial Science. All winners have their names permanently affixed to turbines at each respective plant.