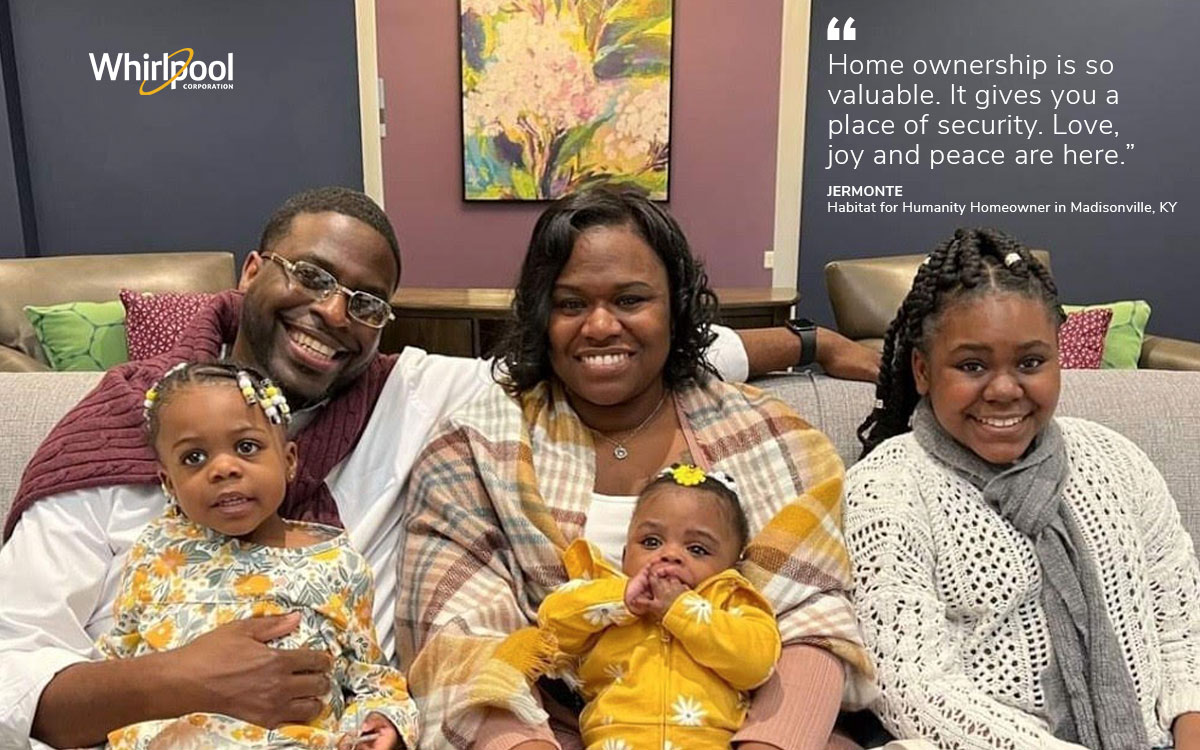 Habitat for Humanity’s BuildBetter with Whirlpool initiative, an answer to prayers for a family in Madisonville, Kentucky

Jermonte fully realized the importance of having a safe, decent home of his own when it was time to bring his three-month-old daughter, Allison, home from the hospital. Allison was born prematurely at 23 weeks and weighed just one pound, three ounces at birth She stayed in the Neonatal Intensive Care Unit in a Louisville, Kentucky hospital with round-the-clock medical care to help her gain weight and grow stronger.

Meanwhile, back in Madisonville, Kentucky—two hours away—work was being completed on Jermonte’s family’s new home that he purchased with the help of Habitat for Humanity of the Pennyrile Region.

“We came home to a brand-new home—not the one we left,” said Jermonte. “We were staying at the Ronald MacDonald house in Louisville, and we watched our house being built through social media.” 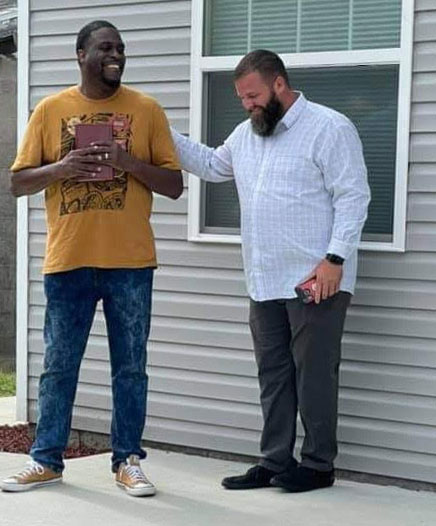 Jermonte, an Air Force veteran, and his wife, Erica, have four other children: Omar, 16 years old; Zhea, 11; Yasmine, 10; and Lynn, 2. The family was renting a small house that had water damage, electrical issues and mold. The mold exacerbated his daughter’s asthma, which required her to use a breathing pump.

Realizing he needed better living conditions for his family, Jermonte enrolled at Murray State University’s bachelor’s degree program in hopes of becoming a social worker. “I had to put myself in a better position to purchase a home, which meant getting a higher education to get a better income so I could buy a house.”

While talking with a group from his church, a friend encouraged Jermonte to submit an application to Habitat for Humanity, and he did. When he and his wife learned their application was approved, they were overjoyed. “My wife and I cried. We’d been praying for something to happen, and it did.”

Construction began in June of 2021 and was scheduled to last one week. However, because of building material delays due to COVID-19, it took six weeks instead. Erica’s wife delivered their daughter, Allison, while the house was being built, and they relocated to Louisville to be with her. Construction continued while they stayed with their daughter and was completed in August of that year.

The family’s new home was built as part of Habitat for Humanity’s “BuildBetter with Whirlpool” initiative that will build more than 250 climate-resilient and energy-efficient homes to help hundreds of families in need of affordable housing over the next three years.

Jermonte’s new house has an energy-saving, on-demand gas water heater and a microwave, washer and dryer. The family also has an energy-efficient refrigerator and range around which the family can prepare meals and memories, which are donated by Whirlpool Corp. to every Habitat-built home in North America.

The new four-bedroom, two-bathroom home is safe, clean and comfortable for everyone and has created a new understanding of the significance of owning a home. “Home ownership is so valuable. It gives you a place of security. Love, joy and peace are here. I want my children to know they always have a place to come home to. I’m stable and safe right here.”

In addition to a new home, Jermonte has a new degree in social work. He plans to give back to his community by making a difference in others’ lives. To help fulfill his required sweat equity hours, Jermonte worked on his own, as well as others’ homes, and is currently volunteering as a member of the Habitat affiliate’s Family Selection and Services Committee, now helping others attain new homes. The newest member of the family is also thriving; Allison is now 16 pounds and growing.

Jermonte believes the journey to homeownership has been worth it for him and his family. “This process has shown me that I’m in a state of growth and maturing. I am in awe of it all.”