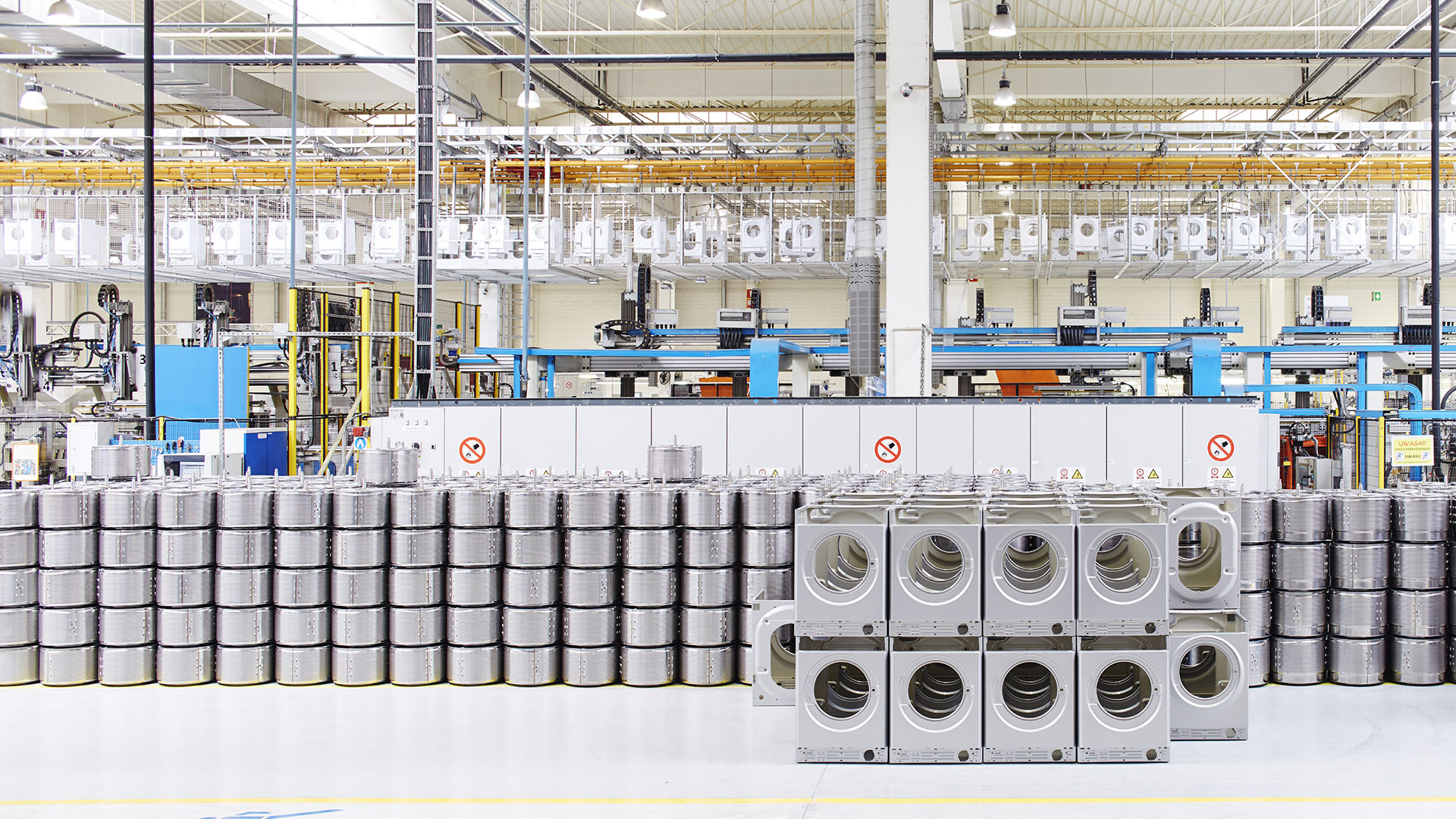 A storytelling journey that aims at celebrating the manufacturing facilities in the EMEA region through the eyes and stories of the people that, with passion and dedication, contribute every day to the development of the company and of the community where they operate. As part of the 10th year anniversary of its operations in Radomsko, Whirlpool Corporation will officially inaugurate today #PlacesthatMatter exhibition at the Municipal Cultural Center in Radomsko (Miejski Dom Kultury in Radomsku), located at ul. Brzeźnicka 5. The exhibition will be open to the general public until mid of July.

To bring it to life, an ad hoc working group, consisting of internal resources plus an art director (Mario Peliti), a photographer (Alessandro Imbriaco) and a journalist (Laura Leonelli), travelled through seven countries, visited fourteen industrial sites and interviewed over 100 employees worldwide to collect the stories of some of the many people that every day contribute to their own personal and professional growth and to Whirlpool’s success.

“The opening of the exhibition in Poland first in Radomsko is not a coincidence” – explains Fabio Pommella, President of the Board at Whirlpool Company Polska Sp. z o.o. – “The project emphasizes the essence of our 10-year activity in Radomsko, which is a symbiosis of the development of the company and the local community. The series of photos presented as part of the #PlacesThatMatter project allows you to look at the reality through the eyes of Whirlpool employees. It is not only factories and production lines, but above all, people who create the winning working environment in our company. Some employees have been with us from the very beginning when Radomsko industrial zone was created and we are very proud of them.”

Poland is one of the strategic countries for Whirlpool Corporation in the EMEA region, as evidenced by the fact that the company is one of the largest US investors in the country. Whirlpool Company Polska employs almost 6,000 people, including about 1,500 in the industrial area of Radomsko. After the end of the exhibition in that city, the project will be presented until the end of August also in Wrocław and Łódź. Poland is the second EMEA country to host the itinerary exhibition after its premiere in Italy.

“We decided to present our project in all the cities in Poland where we operate because we believe that there is no economic success without the commitment with the local society” – says Zygmunt Łopalewski, Corporate Communication Senior Manager for East Europe. “We wanted to show our engagement, sensitiveness and empathy for our neighborhood in the country which is one of the most important for our business in EMEA region.”

Presented few months ago for the first time at the International Journalism Festival in Perugia and Eurocucina in Milan, the project was conceived as an unconventional travelling exhibition through the territories part of the initiative, being this a further opportunity to engage with stakeholders and local communities. The kick off of the itinerary exhibition happened to be in Milan, where the Whirlpool EMEA Headquarters is located, during the last edition of the Milan Photo Week from 4th to 10th of June.

This storytelling project falls into the sustainable development and social commitment model that the company has always encouraged in all the territories where it operates. This model is based on the importance of establishing an open dialogue and a network of relationships with local communities and institutions inspired by the principles of transparency and reciprocity.