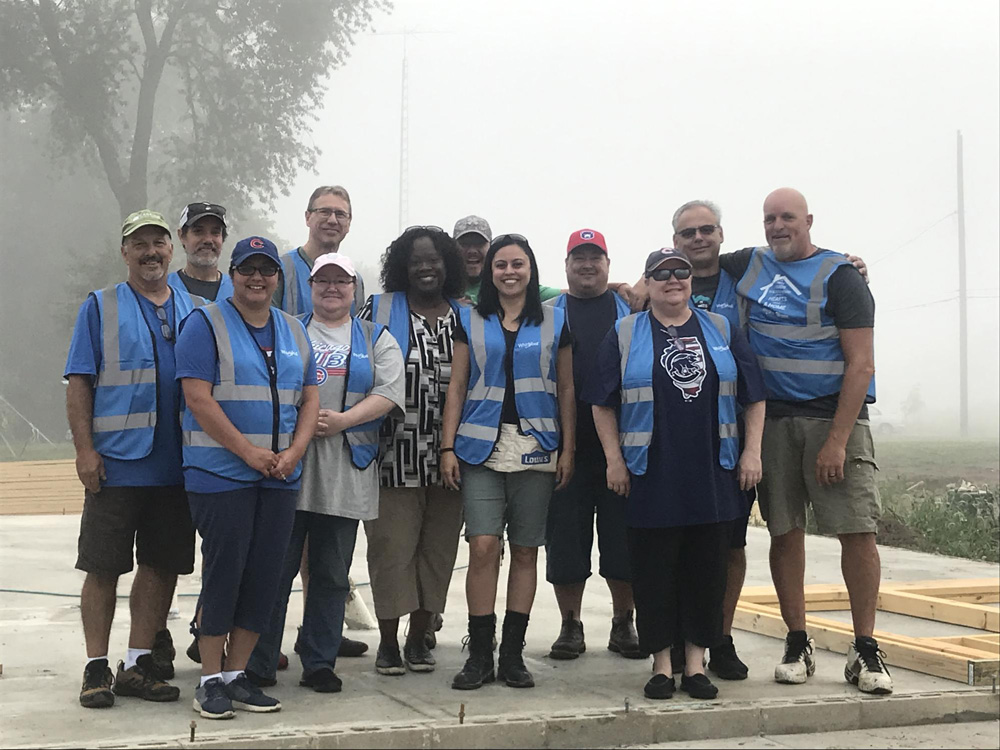 On August 14th, several Whirlpool Corporation employees went to Lafayette, Indiana to take part in a build for Habitat Humanity. The house will be the new home for a single mother and her son. One of the volunteers who worked on the project was Global Information Systems employee Rex Pennington.

“As soon as I saw this opportunity, I signed up for it because I really love Habitat,” said Pennington. “It’s an organization that’s near and dear to my heart. I like that it’s a “hand up” and not a “handout” philosophy.”

This was a one day build on a house that is still in the early stages of construction.

“It was just a foundation when we got there, so we worked on putting up the walls and getting the structure in place, which is the first time I’d done that. I’d only ever worked on houses that already had the framing in place.” 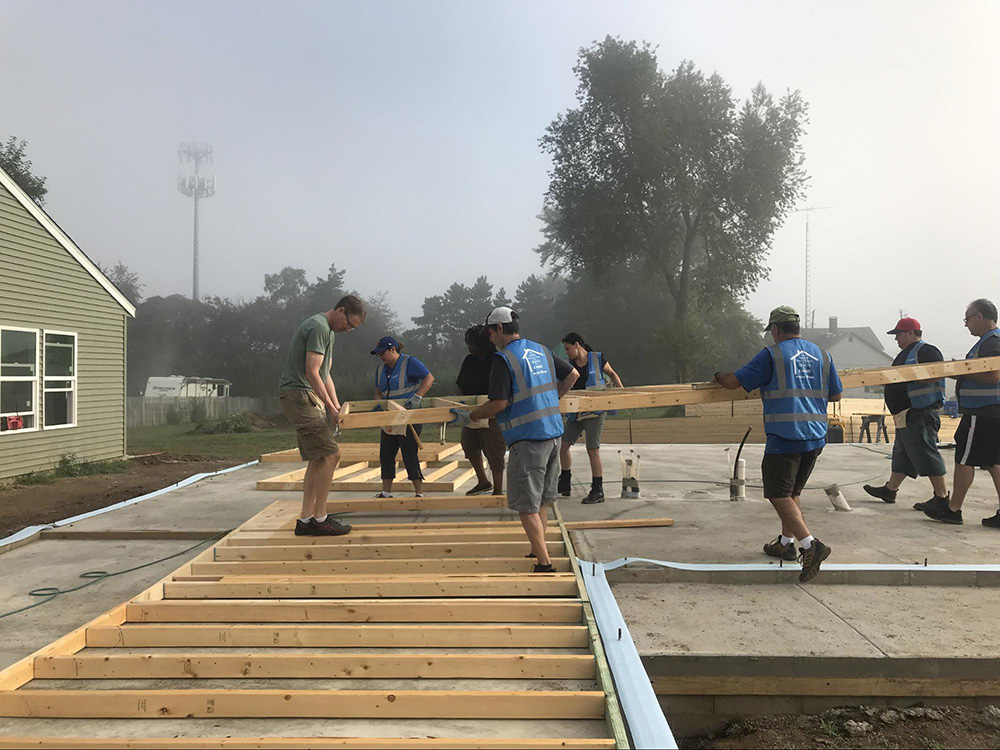 Pennington has volunteered for two Whirlpool builds and about a dozen others. The other was the Jimmy Carter Work Project build in South Bend last year. He was first introduced to Habitat by his brother-in-law, who brought him along on a build in Nashville.

“That got me hooked,” he said. “I didn’t get involved again until I found out about the Lakeshore Habitat chapter running in the Holland area, and I have been engaged in that a couple times a year over the last 10 years or so.”

“I like the mission and working alongside the people, especially since kids are usually involved. It’s improving that situation for a family that usually includes small kids.”

Pennington and his family also volunteer for Kids Food Basket, an organization that provides meals for children living at or near the poverty level. He was impressed with the level of support that Whirlpool Corp. provides in addition to volunteer hours.

“Donating a refrigerator and range for each home is typical, but for the Lafayette one, we also added a washer and dryer as well. That’s quite a commitment from the company.” 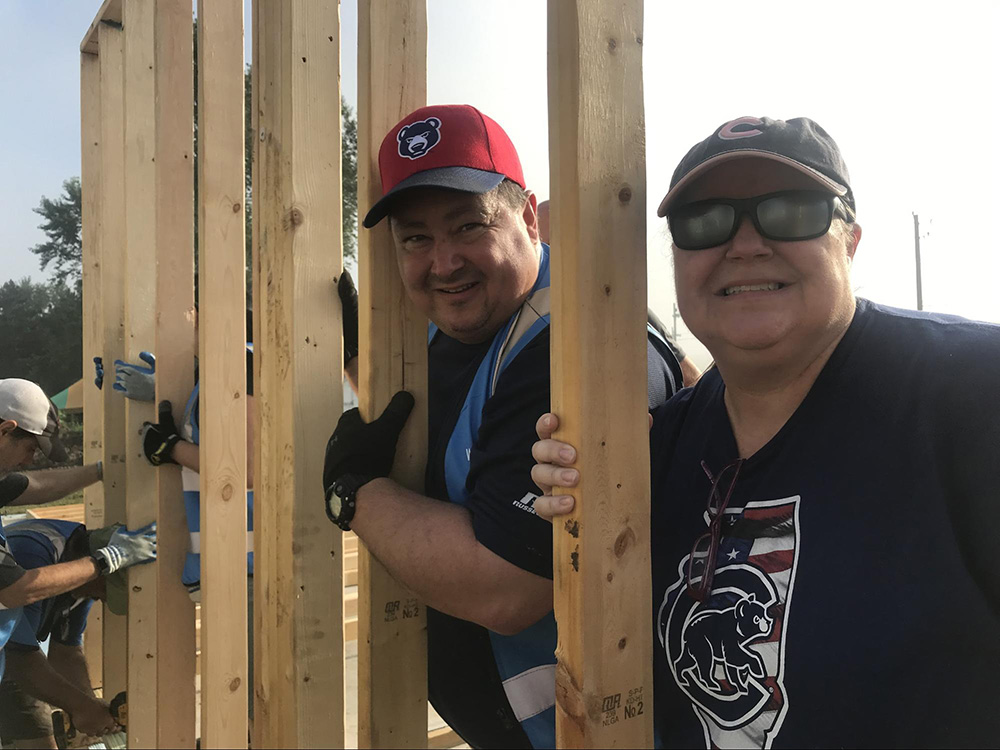 This year marks the 20th anniversary of Whirlpool Corporation’s relationship with Habitat for Humanity. In October, the company will also celebrate its 10th year of working with Indiana University on their annual one week blitz build Habitat project at the campus in conjunction with the Kelley School of Business.