Young Innovators ‘Rise to the Challenge’

Whirlpool Corporation’s 2018 High School Innovation Challenge came to a conclusion on Friday, Dec. 14 when an employee panel awarded the final prizes to four teams of area high schoolers. The challenge began in September with 147 students on 31 teams from five area high schools and was narrowed down to 10 teams in November. Those 10 finalists displayed their innovative creations in a series of Idea Fair booths and alternated presenting them before the panel at the company’s Riverview Campus in Benton Harbor. 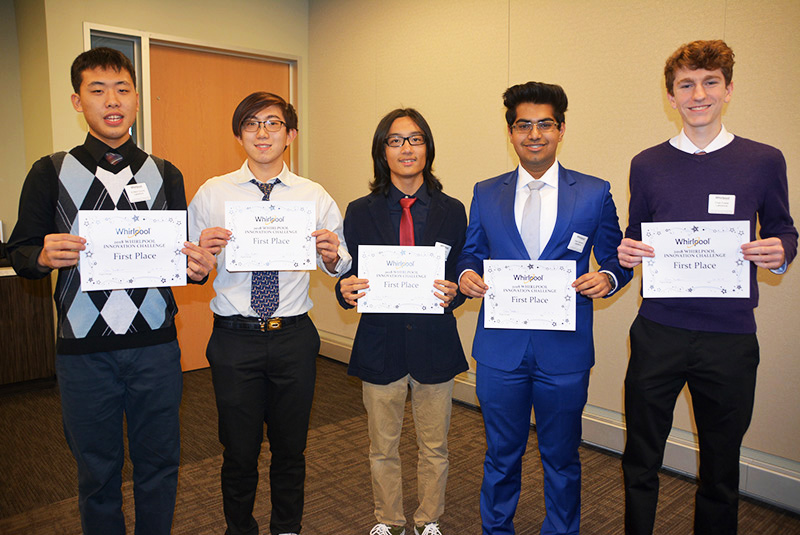 “It was a great experience for all of us,” said Lakeshore High School student Yash Gautam, whose team took first place for a pot scrubber attachment designed to work with the KitchenAid brand immersion blender. “We learned a lot of things. Our mentors were super helpful during the process and we were just having a lot of fun creating our project.”

It wasn’t easy coming in first, as teammate Jinglun Qu explained. “We’re excited because we put in a lot of effort, especially in the last week. We worked on our presentation almost every day and we practiced a lot.” 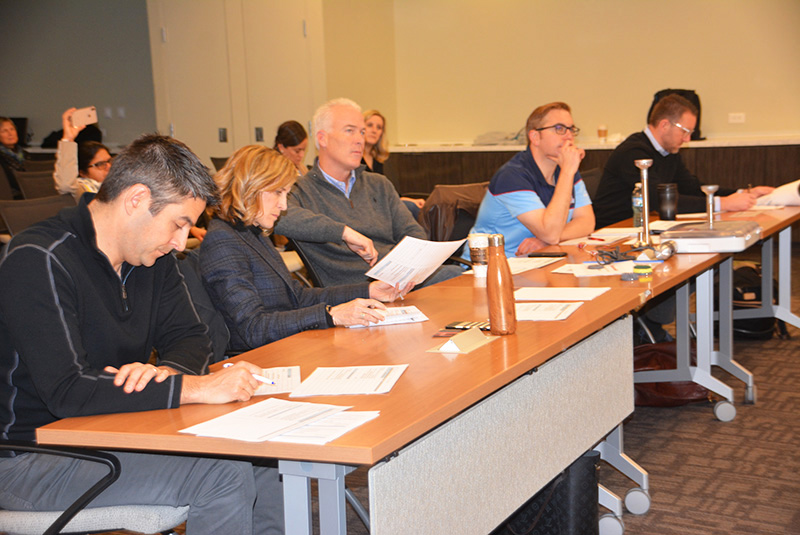 Part of that hard work included analyzing data and using it for their presentation.”We sent out a couple of rounds of survey data, so from that we figured out we wanted to key on cleaning,” said Maxwell Li. “We knew that it was supposed to be affordable, so we determined the end product would have to be an attachment, because our project is about single function, which means that it has to be cheap and do one thing really well. From there, we just started brainstorming around.”

“The most difficult part of the process was making a real working model,” said Ki Heon Chung, “and the other hard part was getting the 3D model printed because it takes time to design it.” In addition to developing the product, each team was also tasked with developing a business model to accompany it.

Kirsten Hoffman from Whirlpool brand was the mentor for the winning Lakeshore High School team. “I didn’t know what to expect going in,” she said, ”but they did a great job and they challenged my thoughts as well. I let them come to their own conclusions and figure things out on their own, and I really saw them grow and come together as a team at the end.”

Chad Fowler, a junior on the first place team, felt the experience was a real eye-opener. “I think we all have a future around innovation in some way, so I think this is a really good step through that door.” 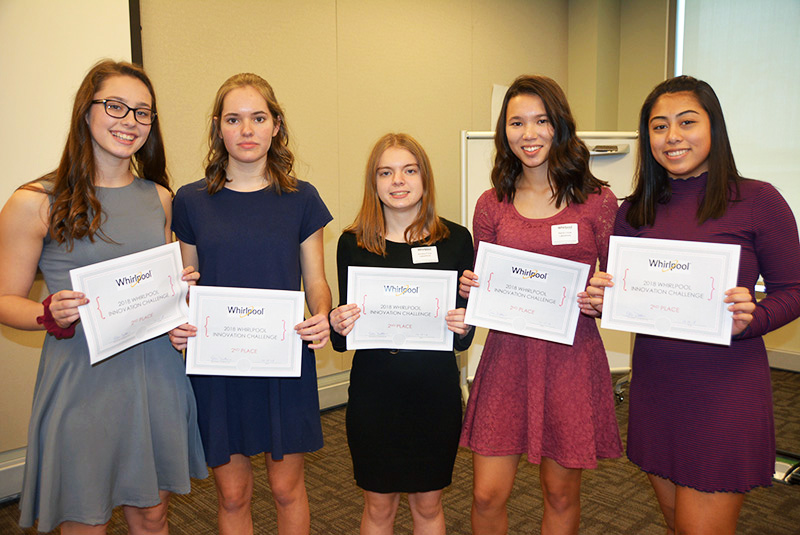 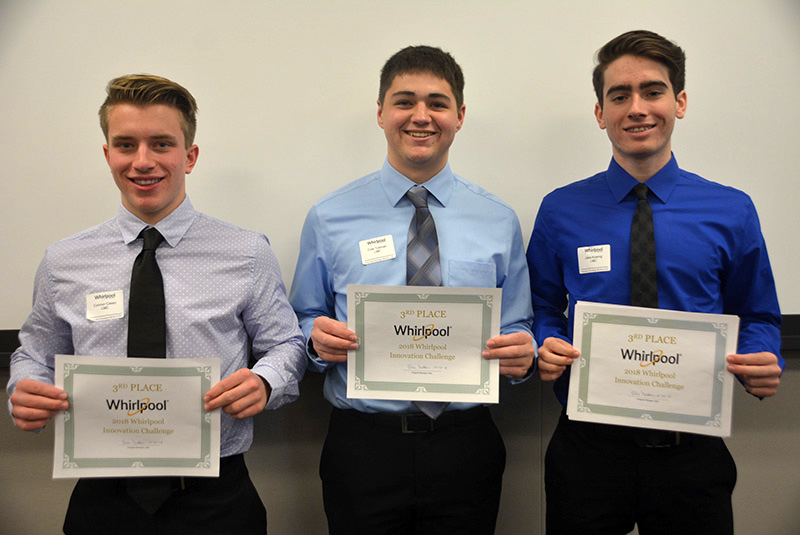 Another toaster innovation that saves time while addressing the size of items that can be put in it and crumb mess took third place for Lake Michigan Catholic’s Cole Tubman, Connor Casey and Jake Koenig. 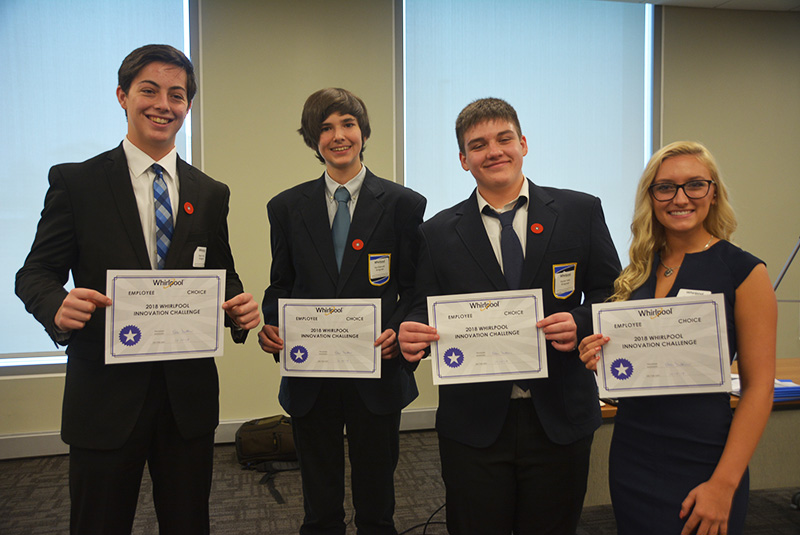